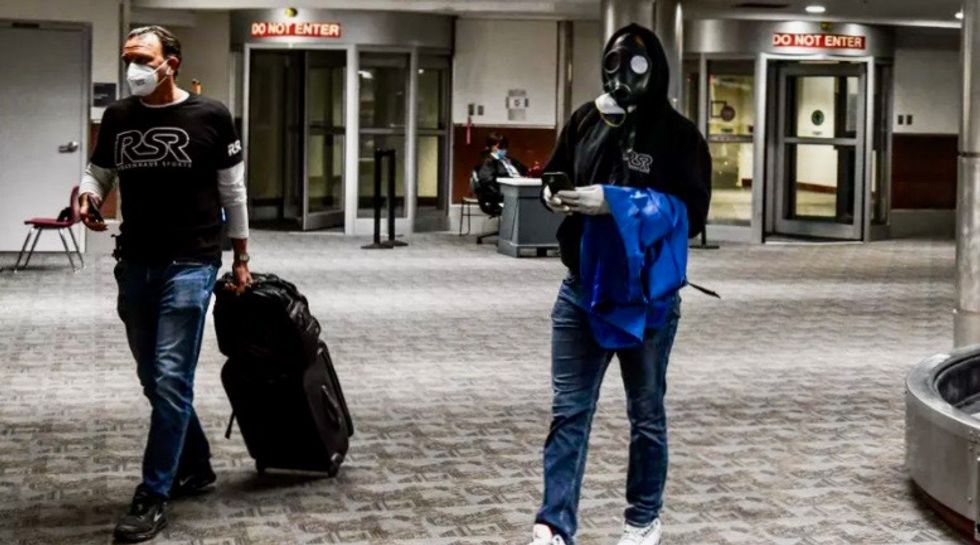 Airport passenger screening for coronavirus during the early stages of the pandemic was futile because people can transmit the virus without showing symptoms, the United States' top health agency said Monday.

The analysis by the Centers for Disease Control and Prevention (CDC) was published days after a news report that the White House is pushing to return to the strategy as it seeks to re-open the hard-hit airline industry.

The US began screening passengers arriving from China on February 3, interviewing them about possible symptoms and using thermal scanners to take their temperatures, with the policy later widened to include Iran.

Since the bulk of early cases in the US came from the West Coast, the CDC's report focused on screening efforts in California.

Officials screened about 12,000 passengers between February 3 and March 17, giving them instructions on self monitoring.

But only three of these passengers were later found to match with the 26,182 patients with COVID-19 reported to California by April 15.

This suggests the efforts, despite requiring 1,694 person-hours of work, were a near-complete failure.

"The benefits of screening for case detection at the airport might be limited for a respiratory disease with the potential for presymptomatic and asymptomatic transmission, such as COVID-19," the reports' authors wrote.

By contrast, airport screening for Ebola during the 2014-15 outbreak was more effective because the disease "has obvious clinical manifestations, is contagious only after symptom onset, and a smaller number of travelers required monitoring," the report added.

According to the USA TODAY report, the White House is seeking to revive the policy of checking travelers for fever at 20 US airports.

Trump's chief of staff Mark Meadows said the effort would be visible and instill confidence in travelers, according to meeting notes cited by the newspaper.

But Martin  Cetron, the CDC's director of global mitigation and quarantine, pushed back, the newspaper said.

"Thermal scanning as proposed is a poorly designed control and detection strategy as we have learned very clearly," he wrote in an email to Department of Homeland Security officials.

"We should be concentrating our CDC resources where there is impact and a probability of mission success."

The mooted plan would see passengers with fever referred to the CDC, with Cetron questioning the agency's authority to execute this plan.

He ended his email: "Please kindly strike out CDC from this role."