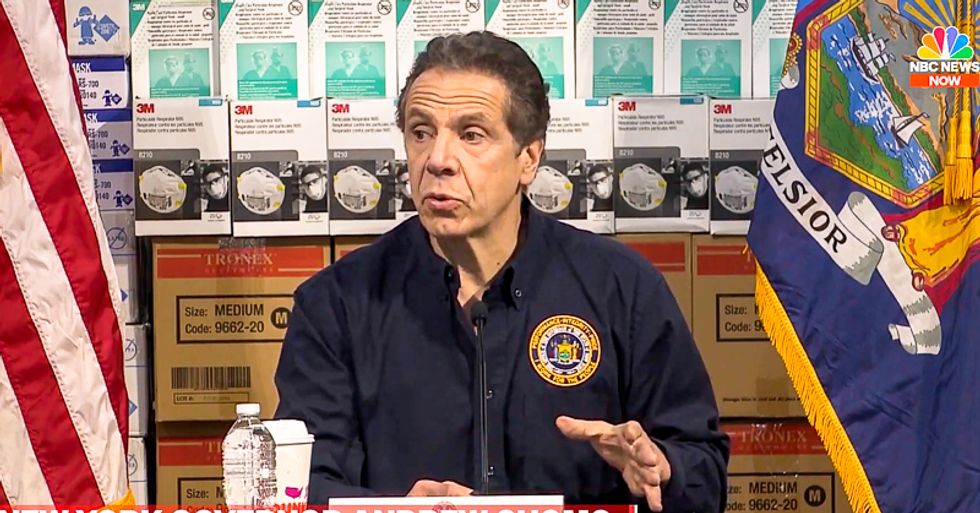 New York governor Andrew Cuomo wrote an op-ed in the Washington Post this Wednesday warning that as the coronavirus pandemic wreaks havoc throughout the U.S. economy, mistakes of the past are being repeated that will put the "well-being of large corporations above that of working Americans."

"The latest monthly jobs report was staggering: Businesses across the nation shed more than 20.5 million jobs in April. The U.S. unemployment rate has climbed to 14.7 percent — the highest rate on record since tracking began in 1948," Cuomo writes. "One in every five Americans employed before the onset of the pandemic are out of work. Ten years of unprecedented economic gains in our state were wiped out in a single month."

Before the coronavirus hit, New York's economy was in phenomenal shape. Now, it's looking at a multiyear recovery, one longer and with a deeper decline than it faced after the Great Recession. "As states throughout the country take steps to reopen, Washington must not repeat mistakes of the past. Large corporations receiving government bailouts must be held accountable for doing right by their workers," he writes.

Up until now, Washington has been in "repeat mode," according to Cuomo.

"The $2 trillion federal assistance package passed in March included hundreds of billions of dollars to prop up large corporations without questioning their commitment to workers or business practices," Cuomo continued. "I understand the desire to keep businesses from failing, but doing so makes sense only if government funds are being used to support workers — not to enrich executives and shareholders."