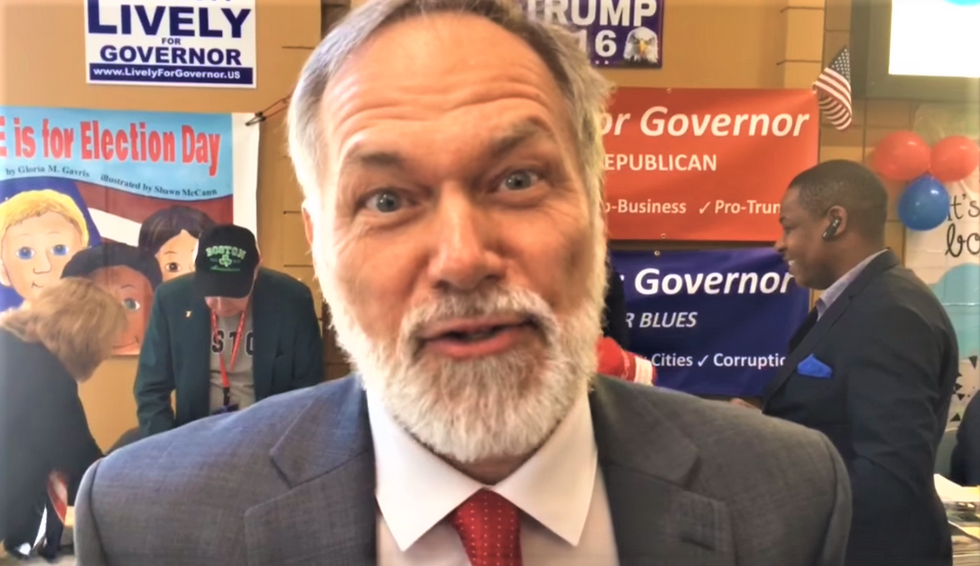 Scott Lively, a Trump-loving former GOP gubernatorial candidate, is telling Christians it is their "duty" to build an underground railroad and prepare to wage a violent revolution in response to what he foresees as the impending persecution of Christ-followers.

As Right Wing Watch's Kyle Mantyla reports, Lively used his online "Breaking News Bible Study" (video below) on Sunday to warn his supporters "they need to establish a modern-day Underground Railroad for Christians to escape coming persecution and prepare to wage a violent revolution against those who seek to use the current COVID-19 pandemic to impose a socialist End Times ‘emerging Beast government’ on the United States."

Lively heads a Massachusetts-based anti-LGBTQ hate group, has been directly linked to Uganda's infamous "Kill the Gays" bill, and says "homosexuals [are] the true inventors of Nazism" in his book The Pink Swastika. He faced a crimes against humanity lawsuit that was dismissed in 2017 over jurisdictional issues.

“We need to be establishing a network of believers everywhere that can operate in an underground fashion,” Lively told his followers in his truly disturbing screed. “Because if this thing continues in the trend that it seems to be, we may be evolving here at a revolutionary speed [and] entering into an emerging Beast government.”

“We’re going to need to have something like an Underground Railroad in which believers who are fleeing persecution are going to be able to have some way of escape,” he continued. “If these people truly are intending to destroy America so they can bring in their global socialist system, or even a nationalist socialist system, then violence is appropriate in response in the most measured possible way. That’s the idea. If at all possible, you disarm the zombies trying to kill you without hurting them. But if it’s not possible, you do whatever is necessary to stop them from killing you and your family or putting you into slavery. That I believe is the duty of an American.”