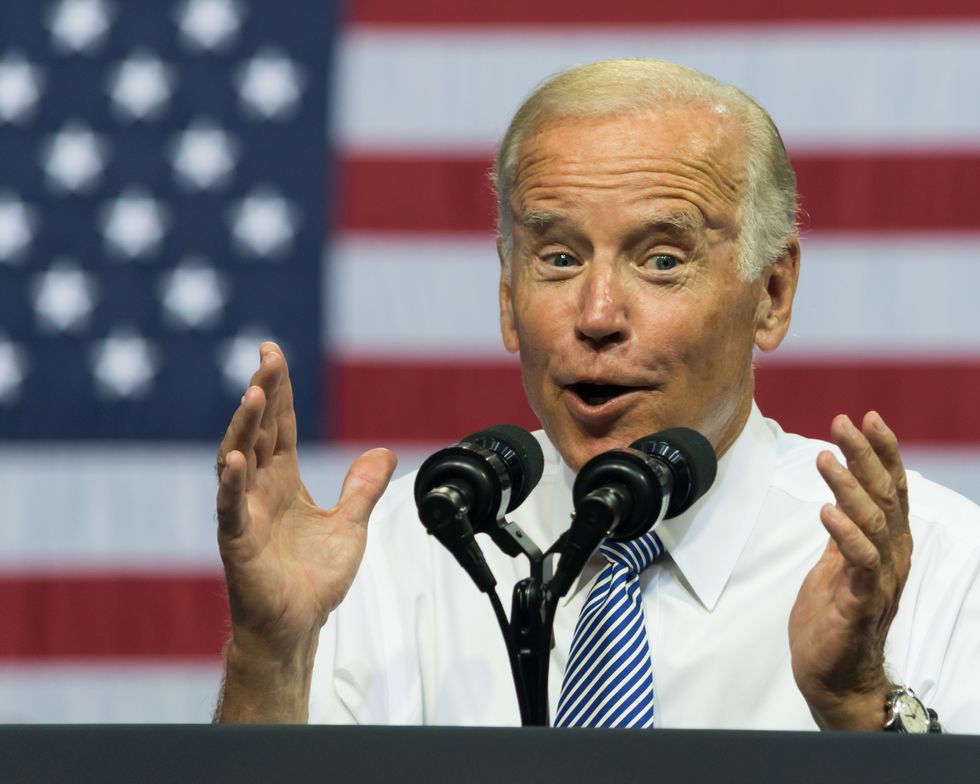 White House hopeful Joe Biden told an African-American radio host Friday that he "ain't black" if he was unsure who to support in November's election, igniting controversy and accusations of racism from President Donald Trump's camp.

Biden, the Democratic Party's presumptive presidential nominee, also appeared on a morning television show to discuss his economic plan, including a call to end Trump's $2 trillion tax cut for corporations and the wealthy and use such funds to "invest in the middle class."

But all the attention fell on the comments he made during a spirited and sometimes contentious interview with popular syndicated radio personality Charlamagne Tha God, who pressed him about his record on race issues.

Biden -- Barack Obama's vice president for eight years -- strongly defended his ties to the African-American community, at one point saying he has "overwhelming support" from black leaders and voters.

Charlamagne, whose real name is Lenard McKelvey, said he hoped Biden could return to his show because "it's a long way until November (and) we've got more questions."

"You've got more questions?" Biden replied from a studio in his Delaware home, where he is riding out the coronavirus crisis.

"Well I tell you what, if you have a problem figuring out whether you're for me or Trump, then you ain't black."

Senator Tim Scott, the only black Republican in the Senate, and a Trump supporter, also had choice words.

"It's sadly par for the course for Democrats to take the black community for granted and brow beat those that don't agree," Scott tweeted.

Trump himself has made several comments that have been criticized as racially insensitive or racist.

He raised eyebrows on Thursday during a tour of a Ford automobile plant in Michigan when he praised the company's founder, Henry Ford, as a man with "good bloodlines."

Ford was famously anti-Semitic and promoted a belief of genetic superiority of the white race.

In a newspaper he owned, he published several tracts declaring there was a vast Jewish conspiracy.

The head of the Anti-Defamation League called on Trump to apologize for his remarks.

"White liberal elitists" telling communities of color what to think about policies or which candidate to support "is the definition of white privilege," said Pierson, who is biracial.

Charlamagne, in his 18-minute interview, challenged Biden on that issue, saying he is concerned that "Democrats take black voters for granted."

Biden, 77, countered that he had earned black votes by working in black communities for decades.

He pointed out that in South Carolina, where he won February's Democratic primary and turned his lagging campaign around, "I won a larger share of the black vote than anybody had -- including Barack."

Biden also noted that institutional racism was "still prevalent in our society" and pointed to how African-Americans were dying of the coronavirus at higher rates than whites.

Biden has repeatedly said he would have a diverse cabinet, and he has committed to naming a female running mate.

When Charlamagne highlighted the pressure to pick a black vice president, Biden said "I guarantee you, there are multiple black women who are being considered."

A senior Biden advisor, Symone Sanders, said the candidate's "you ain't black" comments were made "in jest."

"Let's be clear about what the VP was saying," she tweeted.

"He was making the distinction that he would put his record with the African-American community up against Trump's any day. Period."