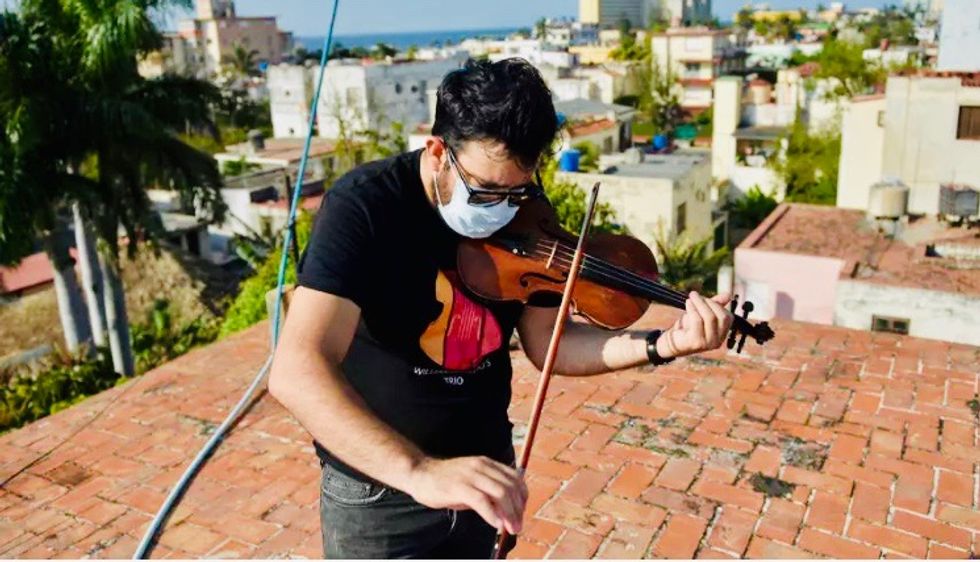 As the coronavirus outbreak took hold, many governments brought in policies previously dismissed as "utopian", such as backing wages or housing the homeless.

But as emergency measures are eased, and the world tries to get back a semblance of normality, there is debate about which, if any, could -- or should -- be kept.

In Britain, as elsewhere, the crisis has shone a light on the plight of underpaid delivery drivers, teachers, nurses and other key workers who have been vital to the response.

The government has stepped in to guarantee salaries of the five million self-employed because of fears that without statutory sick pay they would continue to work while ill.

Finance minister Rishi Sunak has already begun talking about scaling back the measures, which back 80 percent of someone's average monthly salary up to £2,500 ($3,100, 2,850 euros).

But David Napier, professor of medical anthropology at University College London, said withdrawal could prove problematic given the imbalances the virus has highlighted.

"The strong have been depending on the weak for their survival," he told AFP.

In the United States, 30 million people have already lost their jobs because of the pandemic's economic impact.

To keep the economy afloat, President Donald Trump's Republican administration has included direct cash payments of up to $3,000 per family in its stimulus package.

Oxford University historian Timothy Garton Ash noted that a concept like basic universal income was considered "radical, if not utopian" not so long ago.

But a recent study from his university indicated that 71 percent of Europeans now supported the idea.

Doctors and nurses on the frontline of tackling the global pandemic have campaigned for years to get pay rises and more resources.

In France, President Emmanuel Macron initially said there was no "magic money" for the sector but later promised more investment.

In Britain, the state-run National Health Service has been hit by a decade of cuts in funding and staffing following the 2008 financial crisis.

But Prime Minister Boris Johnson, whose Conservative party has been accused of wanting to privatise the free service, has become one of its staunchest defenders.

He was treated at an NHS hospital for COVID-19 and credits its doctors with saving his life.

But Mark Harrison, a professor of economic history at Warwick University, said even that has policy implications.

"The simple story of the PM who got saved by the NHS is very powerful, it will be hard for the Conservatives to try to go back on that type of commitment."

Elsewhere, the British government moved to house homeless people in empty hotels and hostels, because of the risk of them contracting the virus.

Ministers have said some 5,400 people or 90 percent of those who usually sleep on the streets and are known to local authorities have been housed.

The charity Crisis puts the total number of homeless at 170,000, and said many more were on the verge of being evicted from rented accommodation because of the outbreak.

But Jasmine Basran, from Crisis, called the government's response "incredible".

"It shows what is possible if there's political will," she said.

As the full impact of the crisis becomes known, there are calls for the government to guide industrial policy, similar to the Marshall Plan for reconstruction after World War II.

The director of the International Energy Agency, Fatih Birol, has urged world leaders to prioritise green energy as they try to kick-start their economies.

Germany has made state aid conditional on firms pledging climate targets and France has said a seven-billion-euro bailout of Air France is dependent on a cut in short-haul flights and emissions.

But business leaders are resisting attempts to introduce initiatives to cut waste and the use of plastic.

For Warwick professor Harrison, the crisis "has the potential to change people's perceptions" for the better over the long term.

But Sankalp Chaturvedi, a professor of organisational behaviour and leadership at Imperial College Business School in London, said goodwill would only go so far.

"This generosity will come with higher taxes," he said, predicting that short-term help would lead to anxiety and frustration.