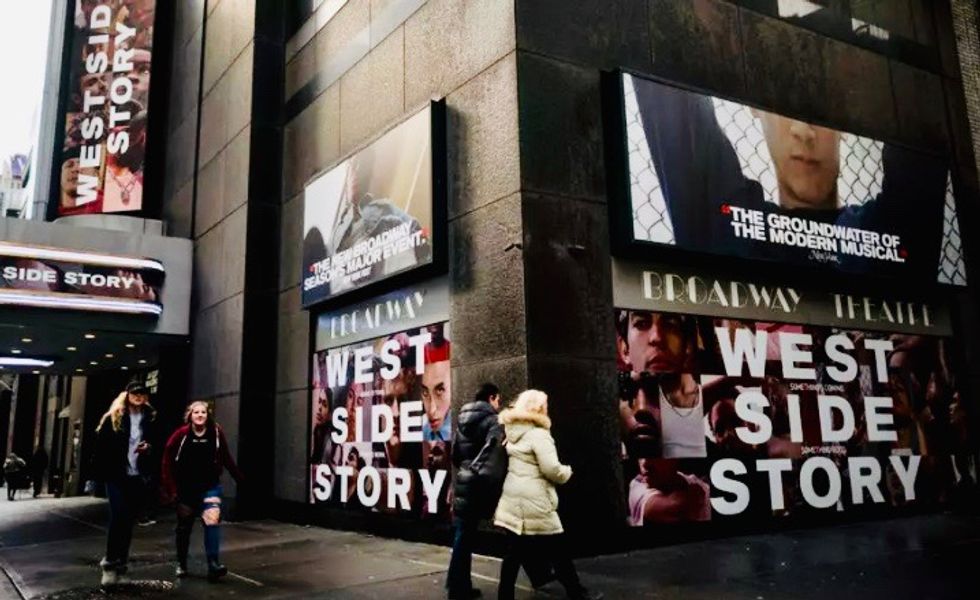 New York's celebrated Broadway theaters have been shuttered since March 12 and may well not reopen before September. The very real fear is that with no public funding to help them weather the crisis, some theaters may never reopen.

Their neon lights still glow at night, but for nearly two months -- as New York has become the US epicenter of the coronavirus pandemic -- there have been no lines outside the many theaters around Times Square.

In normal times, those theaters would be taking in $33 million a week in receipts. Now, nothing.

Theater professionals received two weeks' pay when their venues closed, but now they have nothing but jobless benefits, and the chaos in New York's overwhelmed unemployment offices means many have so far received nothing.

"Unfortunately, it’s almost impossible for a performing musician to make money at this point," said Clayton Craddock, a drummer in the orchestra of the musical comedy "Ain't Too Proud."

Base pay for most musicians or actors is around $2,000 a week, according to several sources, though it can go considerably above that.

Adam Krauthamer, president of Local 802 of the American Federation of Musicians, said several members of the union have already died of COVID-19.

Of 16 shows that were preparing to open when Governor Andrew Cuomo announced the shutdown on March 12, only two have officially dropped their plans.

"It would be safe to say that there will be some that don't come back, but we don't have that information yet," said Charlotte St. Martin, who heads the Broadway League, a trade association.

Leaving matters even more in flux, there is a complete lack of certainty about when theaters might be able to reopen, with July being at the most optimistic end of projections but September appearing much more likely.

And the idea, being studied by some sports organizations, of playing before empty stadiums, or before severely reduced crowds, simply wouldn't work for Broadway, the professionals say.

"The financial model for Broadway is such that social distancing just won't work," St. Martin said. "A show could not maintain its bills even with houses that were 50 percent or less occupied."

Plays and musical comedies are classified as mass gatherings, and "will most likely be the last thing to reopen," she said.

Further, St. Martin said, "We've got no information yet about what it will take for mass gatherings to actually happen" -- whether theater-goers might, for example, have to wear masks or have their temperature taken.

"The general mood among my colleagues in regard to making a living playing music has never been darker," said Maxim Moston, a violinist in the orchestra of the musical "Moulin Rouge."

"I think we're all a bit hopeless," he added. "And I think a lot of people are thinking about other careers at this point."

Moston, who is also an arranger, has been working on several other projects.

"I'm thinking of this as just a big reset button on life," said another Broadway musician who declined to be named.

"If Broadway comes back in September and I can keep playing...and making a living that way, great," he said. "But I'm prepared for the possibility that it will be more complicated."

Clayton Craddock said he is optimistic about one thing: "People will want to see live music in nightclubs, concert halls, restaurants and Broadway theaters sooner rather than later. People are starved for human interaction."

As it struggles to hold on until things begin to recover, Broadway has been mobilizing, lobbying the US Congress for support as it works out its next economic relief package.

But if "it doesn't get into those packages for the workers who work on symphony orchestras on Broadway, we're just not going to make it," Krauthamer said.

"Economically, the city needs Broadway to be alive and well, so that tourism, hotels and restaurants are all doing better," said St. Martin, who cited a study showing that Broadway contributes nearly $15 billion to the local economy.

"In order for us to remain open, for many of the shows, we will need some kind of support," she added.

Another unknown: even after Broadway opens, will people be ready to return to a city so hard-hit by the pandemic?

But, he added, "I can envision people not wanting to come out in groups, or visit New York for a long time."