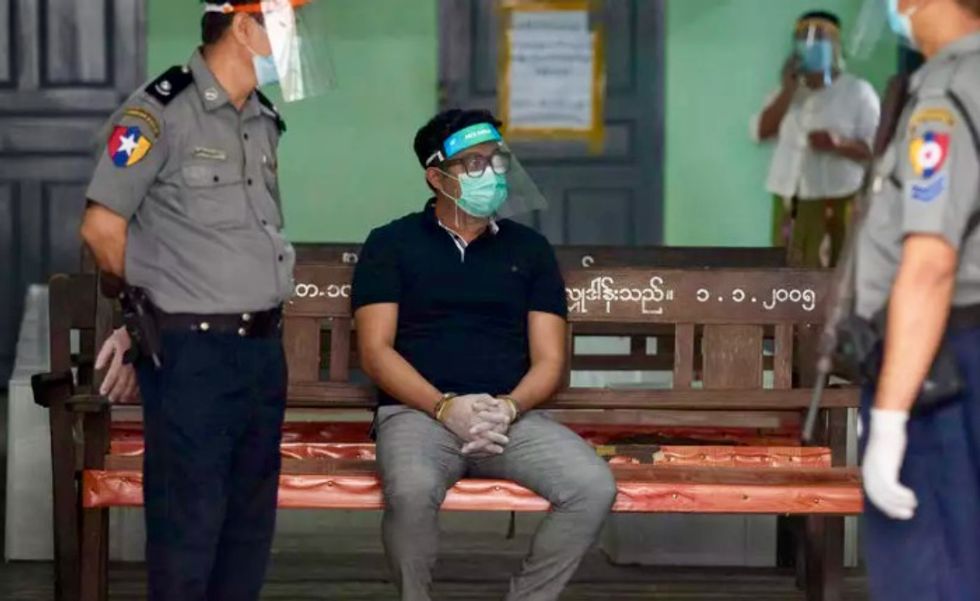 Myanmar-born preacher David Lah, 43, is based out of Toronto, Canada (STR AFP)

Myanmar police arrested a Canadian pastor Wednesday for allegedly holding a service in defiance of a coronavirus ban on mass gatherings -- after which he and dozens of his followers and their families became infected.

The Southeast Asian nation has so far only confirmed 193 cases and six deaths from the disease, although experts fear low numbers tested mean the true figures could be far higher.

Myanmar-born preacher David Lah, 43, is based out of Toronto, Canada but often visits his motherland to give sermon tours.

Myanmar introduced a ban on mass gatherings in mid-March.

Footage emerged early April showing Lah leading services in which he claimed Christians would be spared from the pandemic.

"If people hold the Bible and Jesus in their hearts, the disease will not come in," he proclaimed in one video to a roomful of faithful followers.

"The only person who can cure and give peace in this pandemic is Jesus."

Shortly afterwards Lah tested positive with coronavirus and figures released by the government show dozens of confirmed cases could be traced back to his followers.

Myo Gyi, lead singer of Myanmar's most famous rock band Iron Cross, was among those infected.

After emerging from quarantine, Lah was arrested Wednesday morning and taken to a Yangon court where he was charged with violating the Natural Disaster and Management Law.

He could face three years behind bars if convicted.

"The police procedure was delayed because he was recovering from the disease," a police officer told AFP, declining to be named.

Three others will also face charges in connection with the same events when they recuperate, he added.

The scandal even touched Myanmar's Christian vice president Henry Van Thio and his family, who had attended an earlier service with Lah in February, although they later tested negative.

About six percent of Buddhist-majority Myanmar's population identifies as one of the various Christian denominations in the country.

Lah is being held in Yangon's notorious Insein Prison and is due to appear in court again June 3.