CDC officials are complaining about Dr. Birx's failure to push back on Trump's lies: report 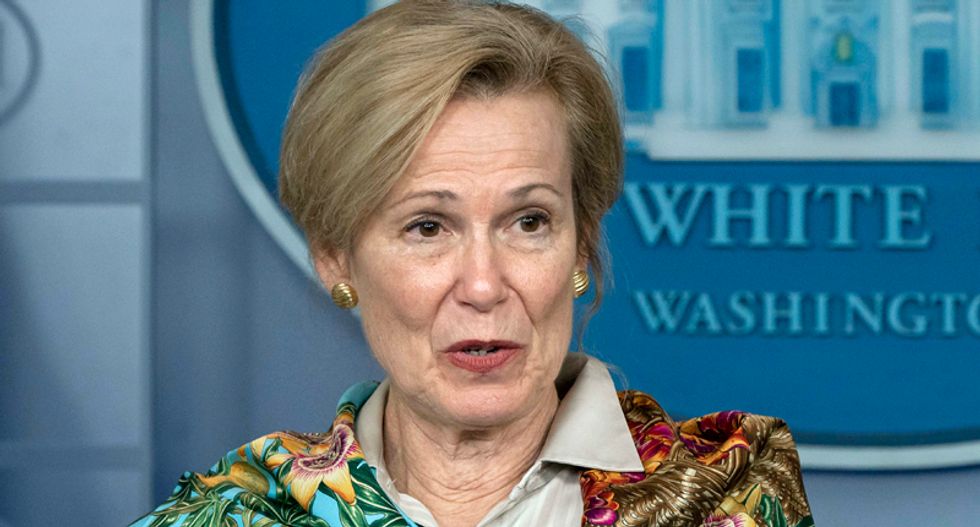 On CNN Saturday, correspondent Kristen Holmes revealed that officials at the Centers for Disease Control in Atlanta are frustrated with coronavirus task force official Dr. Deborah Birx, because of her unwillingness to correct false claims made by President Donald Trump.

"Nick Valencia reporting with me, talking to CDC officials in Atlanta, who said they've been disappointed with Dr. Birx and her lack of really pushing back on some of the comments that President Trump has made that we know are untrue," said Holmes.

Unlike NIH official Dr. Anthony Fauci, who has more directly contradicted the president, Birx has more frequently tried to fit her medical recommendations into what Trump has already said. She has also consistently praised the president's leadership in forums about medical guidance, which has caused some commentators to question her credibility.