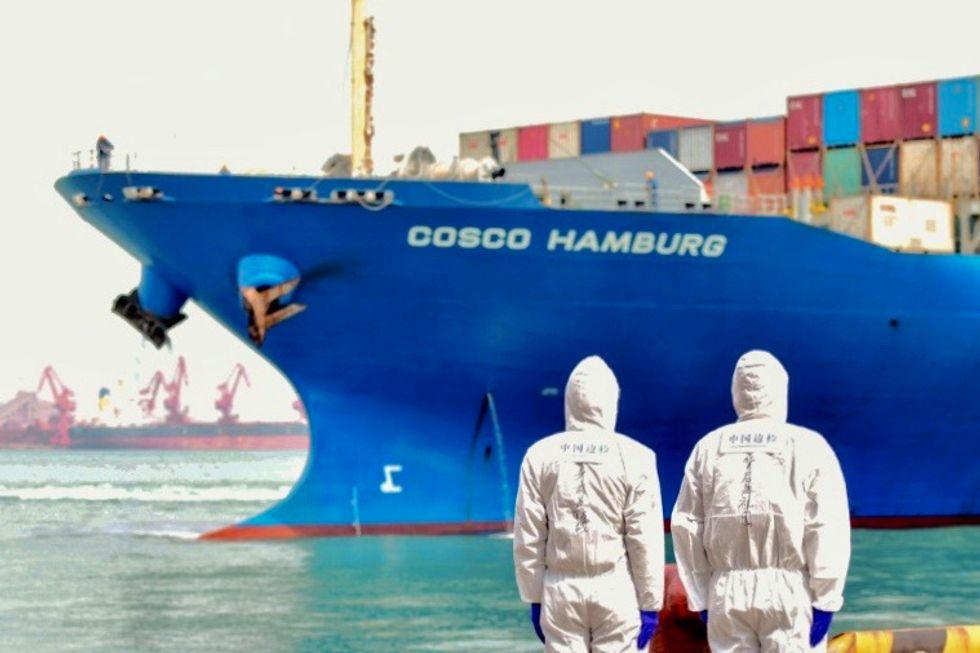 A recovery in China's trade growth is not sustainable unless the coronavirus pandemic is brought under control globally, the minister of industry and information technology warned Wednesday.

China's exports saw a surprise increase in April, partly because of rising medical product shipments, as production resumed after months of closures to control the outbreak, while imports and exports fell less than expected in renminbi terms during the first four months.

But Miao Wei told a news conference that "although our imports and exports in renminbi terms from January to April have increased moderately, I think that if the global pandemic cannot come under effective control, this is unsustainable".

To drive economic growth, the country will "rapidly activate domestic demand" to make up for weakness in the international markets, he said.

China had already been trying to boost consumption as a key driver of domestic growth in a drive to recalibrate the economy from one driven by exports and state investment.

Miao also said companies have experienced a fall in production since work resumed because of falling demand after governments went into lockdown to contain the spread of the disease, effectively strangling their economies.

China's key markets have been reeling from the virus fallout, with more than 30 million jobs destroyed in the United States, where the Treasury Secretary has warned of "permanent damage" to the economy if strict stay-at-home measures are not lifted soon enough.

Asked about the possibility that firms have to stop work again after resuming production, Miao said the "general policy direction is still to... use domestic demand and consumption to drive economic growth".

He believes there remains scope for the industrial economy to continue recovering in the second quarter, and said if the pandemic comes under control performance will be better in the second half of 2020.

While a recent survey by Chinese authorities showed some 40 percent of foreign-funded enterprises plan to step up investment in China in the near term, according to Miao, firms engaged in foreign trade have been hit particularly hard during the pandemic.