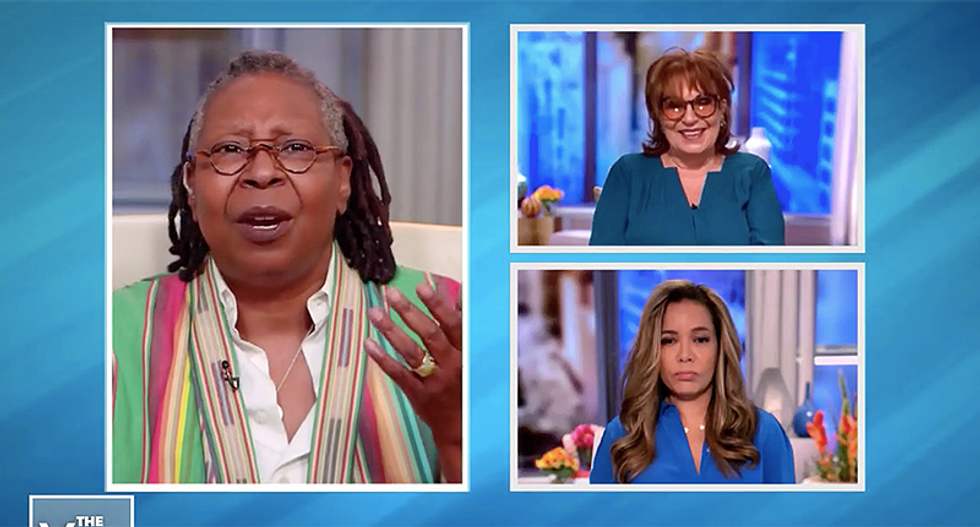 Former Gov. Chris Christie (R-NJ) compared the coronavirus crisis to World War II, saying that people knew at the time that they were sacrificing their children to die in a war. They should be willing to sacrifice people to the COVID-19 war.

Co-host Whoopi Goldberg explained that people have already made the sacrifices that they can make.

"I think that you can't say for somebody else you have to make the sacrifice because then they'll turn and say, well, are you willing to sacrifice one of your family members?" she said. "Is that what you're okay doing?"

Sunny Hostin said that there's no way that the United States has reached the point where people have to sacrifice their lives for people to get their hair cut.

"I think what's incredible is he's posing this false dilemma," she continued. "If people go to work, they'll die. If people don't go to work, they will die. The quarantine is not killing people. The quarantine is saving people's lives. What's killing people is the coronavirus. This is a country that, through tax cuts, gave billions of dollars to the wealthy. Why can't this country spend money to save people's lives? We can spend money to help people or let them die."

She noted that wealthy people are better equipped to stay at home because they have the financial stability. Where lower-income people are forced to go to the frontlines and work so they can help their families survive.

"I don't understand why people -- why the government -- the government that has failed miserably to help people, why can't we spend money to save lives?" she asked. "This false dilemma we're hearing from so many republicans is just that. It's false. It's just not true."

Joy Behar called it a false equivalency, saying that during World War II the United States was fighting a war together as a national response, where the COVID-19 crisis is being delegated to governors to handle for themselves.

"He's basically leaving everything up to the states," said Behar. "That's not the equivalent of World War II, Gov Christie, with all due respect. Number two you need leadership like we have with FDR. We don't have leadership. We have somebody who blames other people, somebody who tells the states basically, 'fight each other for PPE. We're not going to help you.' Somebody who is getting tested while the rest of us are not."

She then questioned whether Christie is "pro-life," saying that a so-called pro-life person wouldn't be willing to kill the elderly and immune-compromised just to go to the beach.

"Also, which lives are we talking about?" Behar asked. "Are we talking about the medical workers on the frontlines? These are the people who will be at most risk. In World War II we sacrificed young lives. Seems like they're willing to sacrifice old lives this time. To what? To save the economy?"