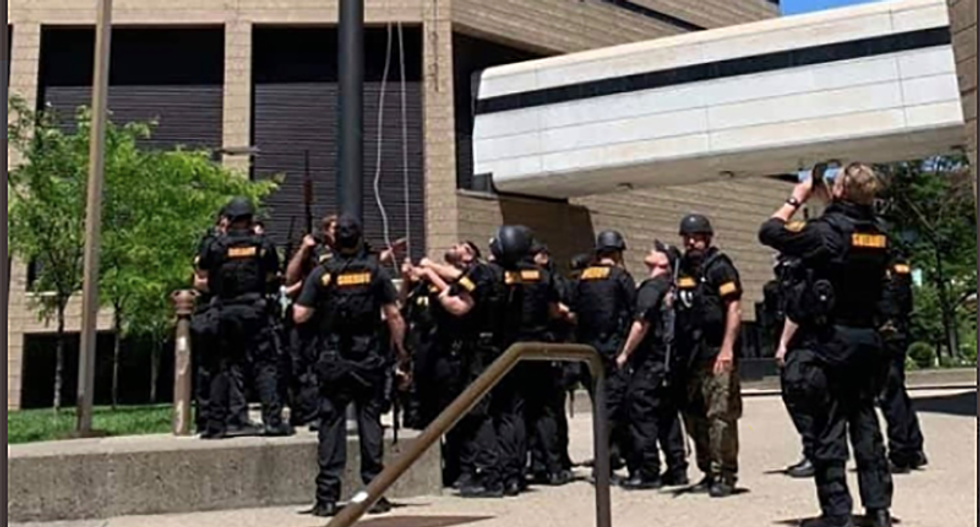 Cincinnati police were filmed replacing the American flag that hangs over the Justice Center in Ohio's third-largest city. They then replaced it with the thin-blue-line flag, that was created to advocate for law-enforcement during Black Lives Matter Protests.

During the Charlottesville, Virginia riots, right-wing and white supremacist activists carried the thin-blue-line flag along with the Confederate flag to speak out against Black Lives Matter.

While the flag may have been created in support of law enforcement, it has been adopted by white supremacists and taken on a darker meaning.

The Hamilton County Sheriff's Office said that they put the thin-blue-line flag up only after the American flag was "stolen."

The thin-blue-line flag was ultimately removed.