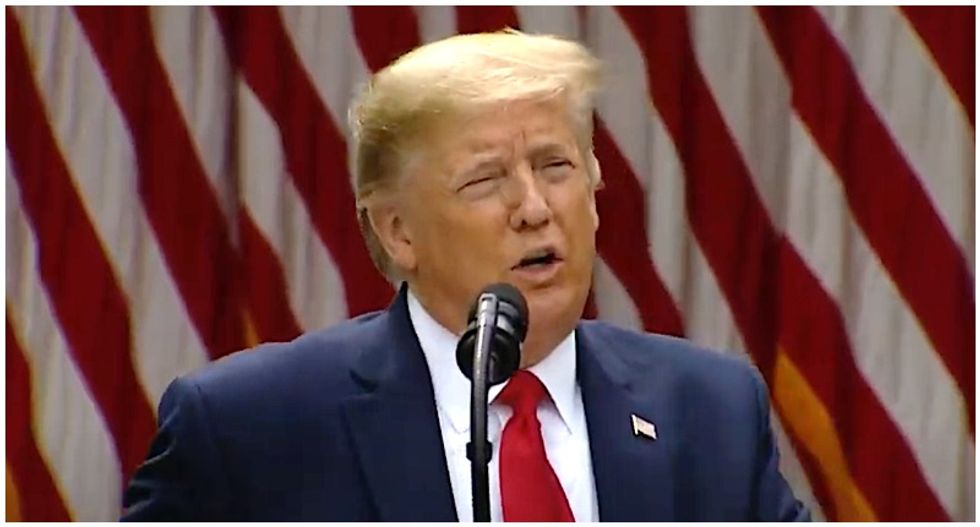 After President Trump ignored the unrest in Minneapolis during a press conference this Friday, CNN's Jim Acosta said Trump chose to "punt" on the issue because he knew he'd face tough questioning over his attempt to "clean up" a previous tweet where he seemingly called for violence against rioters.

Acosta said that the press conference would have been a "perfect opportunity for the President of the United States to comment on something of the magnitude of what we're seeing right now in Minneapolis, and he just completely punted on that."

According to Acosta, Trump's claim that he wasn't calling for the military to open fire on protesters is a "difficult pill to swallow," adding that he suspects Trump "just knew that cleanup was not going to cut it, and that these reporters gathered in this Rose Garden were going to ask him this question."

"He is a president at time, as we know, who likes to light the match, set the fire, and then run away from the flames, and that's essentially what he did in the Rose Garden just a few moments ago."