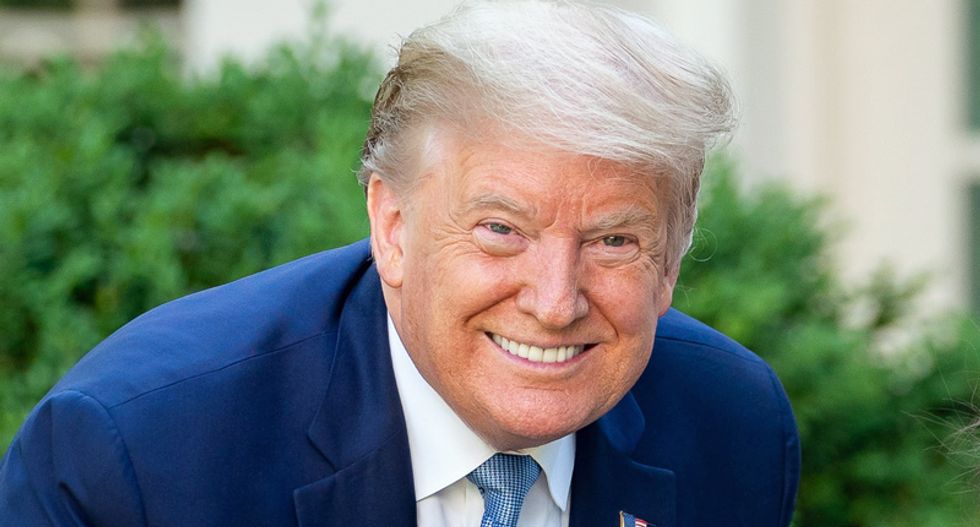 President Donald Trump’s late-night firing of the State Department inspector general is only the latest in his purge of – and resistance to – these independent and nonpolitical law enforcement officers.

Trump isn’t the only president to get rid of inspectors general.

President Ronald Reagan attempted to fire and replace all currently serving inspectors general upon his assuming office in 1981. But he backed off and ultimately allowed many of them to continue in office.

President Barack Obama removed the inspector general of the Corporation for National and Community Service in 2009 without significant opposition.

But Trump had already discharged three inspectors general before the latest firing, which goes beyond previous presidents’ attempts to rein in these officials. And he has couched his actions in language that reflects his longstanding resistance to oversight by Congress of his administration and the executive branch.

And it appears Congress can do little about these firings.

Among the others fired by Trump are the Intelligence Community inspector general, whose release of a CIA employee’s whistleblower complaint prompted impeachment proceedings.

He got rid of long-serving acting Department of Defense Inspector General Glenn Fine. Fine was slated to lead the new Pandemic Response Accountability Committee created by the CARES Act, the coronavirus relief bill.

Trump also pushed out Christi Grimm, the acting inspector general at the Department of Health and Human Resources. She was fired after issuing a report critical of the administration’s handling of pandemic testing. 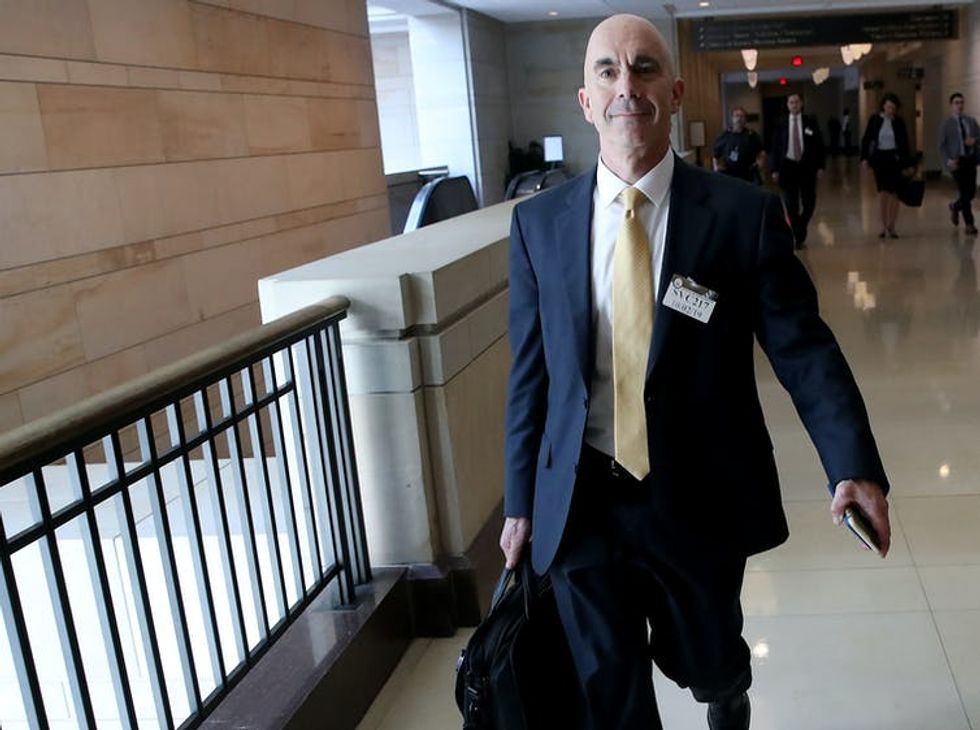 In a related attempt to place loyalists in these oversight positions, Trump replaced Fine with a former White House counsel who had participated in his impeachment defense.

Trump has resisted Congress’ attempt to hold his administration accountable in spending the pandemic recovery money, challenging the inspector general’s ability to directly communicate with Congress. He claims that for the inspector general to do so without his permission would violate the Constitution.

Executive departments and agencies – like the Departments of State or Defense – often butt heads with inspectors general over access to documents or investigation of high-ranking appointees. But Trump’s challenge is the broadest and the first to ground dismissals in response to investigations into his own conduct or the conduct of his administration.

The Inspector General Act of 1978 was one of the many post-Watergate government reforms. It aimed to increase government accountability and prevent waste, fraud and abuse in agencies and programs.

President Jimmy Carter called the Inspector General Act “perhaps the most important new tool in the fight against fraud.”

There are now 73 inspectors general with 14,000 employees who monitor federal agencies from the Department of Defense and Energy to Amtrak, the Postal Service and the Library of Congress.

Since 1978, they have audited thousands of programs, referred hundreds of cases for criminal prosecution and recovered billions in taxpayer dollars.

The president appoints the inspectors general and may remove them, as he may remove most executive branch appointees.

Beyond that power wielded by the president, inspectors general are independent. While they are under the “general supervision” of the head of the department or agency where they work, they do not report to and are not subject to supervision by any other officer in the government or agency.

In fact, the law says that “Neither the head of the establishment nor the officer next in rank below such head shall prevent or prohibit the Inspector General from initiating, carrying out, or completing any audit or investigation, or from issuing any subpoena.”

The president must communicate in writing the reasons for removal of any inspector general. In the removal of the State Department inspector general, President Trump sent a terse letter to Congress, saying that he his reason for firing Linick was that he “no longer” had the “fullest confidence” in him.

Republican Sen. Chuck Grassley of Iowa, a decades-long champion of the role of inspectors general, stated that a “general lack of confidence simply is not sufficient detail to satisfy Congress.”

Despite congressional uproar over these dismissals from Democrats and some Republicans, there is serious doubt about what conditions or limits Congress could place on the president’s power to remove the inspectors general. 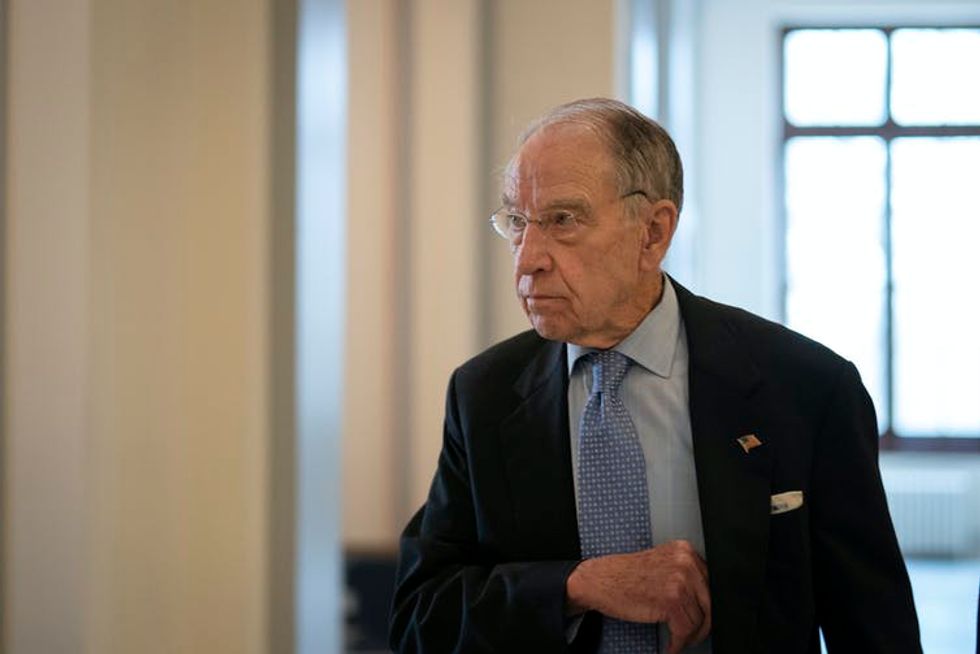 Where Congress has attempted to exert some control over inspectors general is through requiring that they provide information to Congress to assist in its oversight function.

For example, the law that created the position of inspectors general requires them to report immediately to their agency head when they become aware of particularly serious or flagrant problems, abuses or deficiencies in agency programs.

That information, in turn, must be transmitted to Congress within seven days.

A separate provision states that nothing in the law shall be construed to authorize withholding information from the Congress.

But disputes have arisen between Congress and the executive branch over the interpretation of these provisions.

Indeed, part of President Trump’s reason for dismissing the Intelligence Community’s inspector general was based on that inspector general’s release to congressional committees of the whistleblower complaint that kicked off the Ukraine impeachment inquiry. The president has asserted that inspectors general have no constitutional right to investigate him, the chief executive of the nation.

No president until Trump had asserted that by reporting findings to Congress, inspectors general were making unconstitutional intrusions into presidential and executive branch prerogative.

The president’s signing statement accompanying the CARES Act was dominated by objections that the legislation “violates the separation of powers by intruding upon the President’s power and duty to supervise the staffing of the executive branch.” Trump argued that he would not heed the CARES Act requirement that an inspector general report directly to Congress on the law’s administration. They would only do so, he wrote, under “presidential supervision.”

This argument – that as president, he is beyond accountability – echoes the claims Trump has raised as he fights congressional subpoenas for his tax returns and private records from his businesses in two cases argued before the Supreme Court recently.

Whatever answer the court delivers in those cases, it’s not likely to stop the president from firing another inspector general. And it doesn’t look like Congress has the power to stop him.