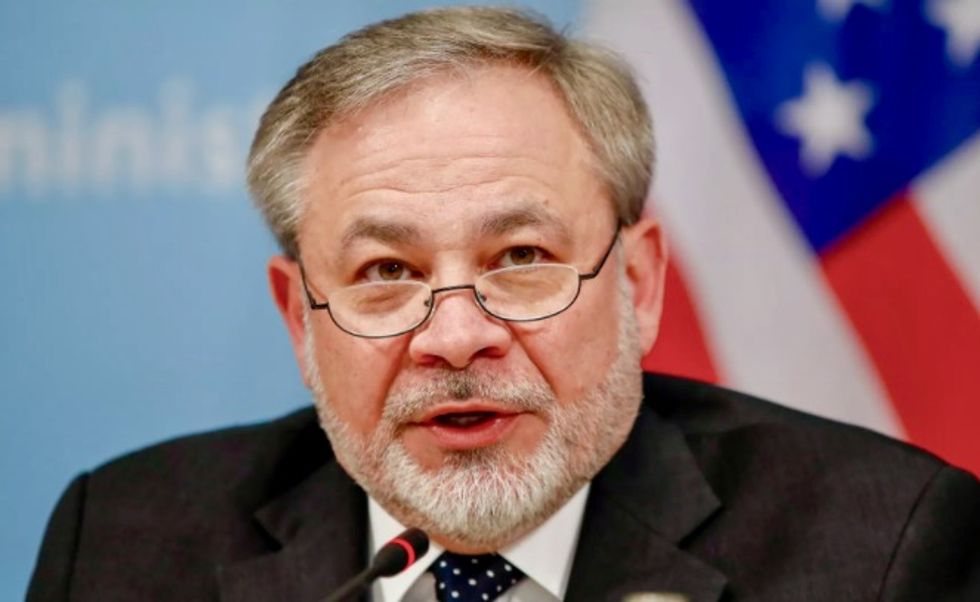 A watchdog on the congressional committee tasked with overseeing the Trump administration's handling of Covid-19 bailout funds demanded an investigation Tuesday after Energy Secretary Dan Brouillette openly admitted in a television appearance that the White House pressed the Federal Reserve to alter one of its lending programs for the benefit of fossil fuel companies.

"We now know that Trump administration officials 'worked very closely with the Federal Reserve' to make these changes so taxpayer-backed loans would be available to oil and gas firms," tweeted Bharat Ramamurti, a member of the Congressional Oversight Commission. "How do we know? The Energy Secretary went on TV and said so."

In an interview on Bloomberg TV Tuesday, Brouillette, a former corporate lobbyist, said Treasury Secretary Steve Mnuchin "worked very closely with the Federal Reserve" to open one of the central bank's lending programs to the oil and gas industry.

"We adjusted the program—the Main Street Lending Program—and made that program available to what we refer to as mid-cap size companies," said Brouillette.

The energy secretary went on to say that President Donald Trump personally directed him and Mnuchin "to evaluate the programs that were passed by the Congress and ensure that there is access for these energy industries to those programs."

"These Fed facilities are not supposed to direct aid specifically to certain companies or industries—particularly not ones that were in dire financial shape even before the coronavirus crisis began," said Ramamurti.

On April 30, the Fed announced an expansion of its Main Street Lending Program to include companies with as many as 15,000 employees or up to $5 billion in annual revenue.

While Fed officials insisted that the program was not adjusted to benefit any particular industry, Ramamurti noted at the time that the changes "mirror the top requests of the oil and gas industry."

"Here's one change the Treasury and the Fed didn't make: they didn't create any meaningful requirement that companies that get taxpayer-backed loans keep workers on payroll," said Ramamurti. "They also didn't add any requirement that those companies try to rehire workers they've already fired."

Third change: The Fed originally set a strict limit on how indebted a company could be to get a loan. Today, it dra… https://t.co/hY15Tvtvpb
— Bharat Ramamurti (@Bharat Ramamurti) 1588262862.0

In a statement after the Fed expanded its Main Street Lending Program last month, Western Values Project director Jayson O'Neill said "big oil and their lobby arm [the Independent Petroleum Association of America] are laughing all the way to the bank."

"Once again the Trump administration showed its true colors by serving up another taxpayer-funded bailout to its billionaire big oil corporate pals while ignoring needed help for American families and small businesses," said O'Neill.

According to a report released Tuesday by Friends of the Earth (FOE), the oil and gas industry has been heavily lobbying Congress in an effort to benefit from coronavirus relief funds.

"Big Oil is wasting no time exploiting the coronavirus for profit," said Lukas Ross, senior policy analyst at FOE. "Polluters fought hard for kickbacks in the first coronavirus stimulus package and they are undoubtedly up to it again. As Trump and the GOP continue their crusade to prop up Big Oil, we must stop the fossil fuel industry from snatching more taxpayer money."