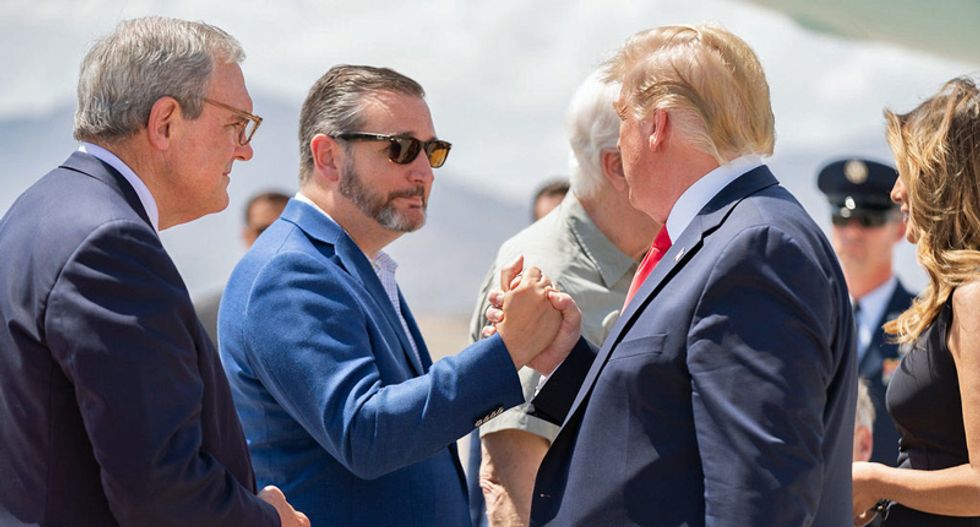 Texas reported that it conducted 49,259 tests Wednesday, the highest one-day total reported since the pandemic began. According to a Texas Department of State Health Services spokesperson, the department received a large batch of tests results from laboratories.

The state also reported 1,355 new cases Wednesday— the second-highest increase since the state began reporting coronavirus case counts. The highest daily total was 1,441 new cases April 10. The total number of known cases has reached 42,403. No new counties reported their first cases Wednesday; over 85% of the state’s 254 counties have reported at least one case.

Harris County has reported the most cases, 8,416, followed by Dallas County, which has reported 6,359 cases. See maps of the latest case numbers for each county and case rates per 1,000 residents.

As of Wednesday, 1,676 patients are known to be hospitalized in Texas. That’s a decrease of 49 patients from Tuesday. At least 587,431 tests have been conducted. — Darla Cameron

[10 a.m.] The economic growth Texas experienced in recent years hid how the state’s political, social and health care systems were unprepared to deal with the crises now being wrought by the coronavirus pandemic, according to a report released Wednesday by the University of Houston and the University of Texas at Austin.

“When Texas’s economy was booming, we assumed that we could simply grow our way out of any problems or address them in strictly political terms,” the report read. “In some ways, it was a luxury of affluence.”

The report, called “A Playbook for Resiliency: Creating Opportunity for All Texans,” outlines a nine-step plan to sustain the state’s economy for the long run and through economic downturns in hopes of reaching “an inclusive and more resilient Texas.” The suggestions include encouraging more economic partnerships between regions across the state, investing in public health and rural communities, refurbishing the state’s infrastructure, and diversifying the economy with a serious focus on clean and alternative energy “— and avoid the old debates or forced trade-offs of environment versus business.”

The report released by the two universities Wednesday says state officials have historically focused on growth within the “Texas triangle” — bound by the Dallas-Fort Worth, Houston, San Antonio and Austin areas — while “much of the rest of the state, particularly rural areas, have been in decline.”

"It is a tale of two Texases: one, an urban powerhouse with a rising knowledge economy that craves more educated talent and the other, smaller towns and open ranges whose legacy agriculture, manufacturing, and oil extraction businesses are contracting," read the report, authored by professor Steven W. Pedigo of UT-Austin's Lyndon B. Johnson School of Public Affairs and Dean Kirk Watson of the Hobby School of Public Affairs in Houston. — Mitchell Ferman

Citing financial losses due to the coronavirus pandemic, St. Edward's University in Austin laid off an unknown number of employees Tuesday, according to an Austin American-Statesman report.

The university has been “profoundly and negatively impacted by COVID-19 pandemic in virtually every aspect of operations, from classroom instruction to athletics programs to facility management,” university President George E. Martin said in a letter to the community obtained by the Statesman.

It is unclear how many employees will be impacted, the Statesman reported. Some employees told the paper that institution-wide restructuring will occur in nine departments, and layoffs include some non-tenure-track and tenure-track positions. — Sami Sparber

[5 a.m.] A national commencement celebration for historically black colleges and universities will be livestreamed this weekend and will include speakers such as former President Barack Obama, U.S. Sen. Kamala Harris and Paul Quinn College President Michael Sorrell, who helped organize the event, according to media reports.

The musical guests and speakers also include Kevin Hart and Wyclef Jean. Chase will stream the two-hour virtual event, which lists Paul Quinn College and Howard University among the members of its steering committee, on Twitter and YouTube at 1 p.m. Central time Saturday.

Sorrell promoted the event Tuesday evening on Twitter, saying it — and a virtual Sunday cookout organized by the Thurgood Marshall College Fund, Paul Quinn College and the United Negro College Fund — would be “fire.”

The virtual commencement comes as university budgets have been hard hit by the coronavirus pandemic, with some experts forecasting historically black colleges and universities could be particularly impacted. Across the country, students have returned home, and most in-person graduation ceremonies have been canceled or postponed.

In a March commentary for The Dallas Morning News, Sorrell said that he understood why Paul Quinn students were devastated by the loss of an in-person graduation, saying, “I get why they are struggling. … It all comes back to the trauma that’s permeated many of their lives for so many years.”

An attorney and education scholar, Sorrell started at Paul Quinn in 2007. He has tried to make the school an urban work college, where students have jobs and their professional performance is incorporated into their academic studies. — Shannon Najmabadi

Disclosure: The University of Houston and the University of Texas at Austin — LBJ School of Public Affairs have been financial supporters of The Texas Tribune, a nonprofit, nonpartisan news organization that is funded in part by donations from members, foundations and corporate sponsors. Financial supporters play no role in the Tribune's journalism. Find a complete list of them here.