Costco latest to limit meat purchases after US plant shutdowns 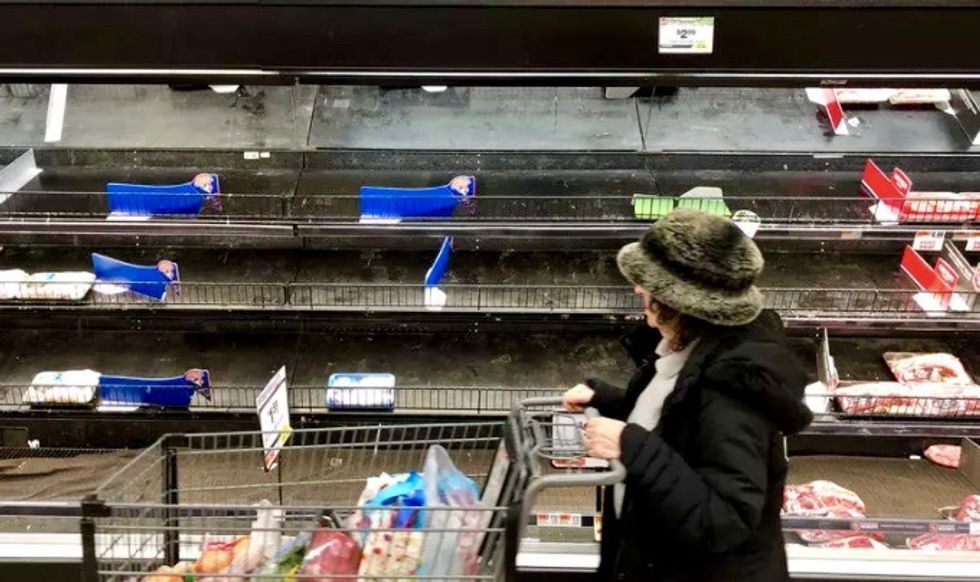 Big-box retailer Costco has become the latest major US retailer to limit consumer purchases of meat as supply chain problems in the wake of the coronavirus test American households on yet another front.

Costco, which has about 440 stores in the United States, is limiting purchases to three items among beef, pork and poultry products, the company announced on its website.

"Costco has implemented limits on certain items to help ensure more members are able to purchase merchandise they want and need," the company said.

"Our buyers and suppliers are working hard to provide essential, high demand merchandise as well as everyday favorites."

The Costco announcement comes on the heels of similar restrictions by other chains, including Kroger and Wegmans.

Fast-food giant Wendy's has also struggled to live up to demand, with US media reporting that nearly one-fifth of the company's US restaurants are out of beef.

Since the nationwide coronavirus crisis started in March, stores have also struggled to keep up with torrid demand and panic buying for household goods such as disinfectant wipes and toilet paper.

Demand for meat has also been elevated at supermarkets, but the industry also faces challenges on the supply side.

US slaughterhouses have emerged as outbreak hotspots in several states, compelling plant closures, especially for pork and beef.

Crowded workspaces are common at the plants, making social distancing difficult. Critics also say the industry, which has many immigrant employees, was slow to take actions to protect workers.

Noel White, chief executive of US food giant Tyson Foods, said Monday he was unable "to anticipate how long the challenges presented by COVID-19 persist."

During a conference call with analysts, White said the company has shuttered five plants due to coronavirus, adding that the "period of time has varied anywhere from a few days to a couple of weeks."

On Tuesday, Tyson said it would resume limited production at its Pasco, Washington beef facility, which was idled on April 23.

The company will check employees' temperatures before work, require protective face coverings and monitor social distancing through stations at the plant. Workers who have not been tested for COVID-19 will be unable to return to work, Tyson said.

"The health and safety of our team members is our top priority," said Shane Miller, Tyson's general manager for beef.

"Information is the best tool to fight COVID-19 and we're focused on further educating our team members about CDC guidance to prevent spreading of the virus. We have a diverse workforce and will provide the education in all languages spoken among our team members."

Slaughterhouse owners have defended their administration of the plants, but unions say that management did not take the situation seriously enough and the precautions came too late.

The United Food and Commercial Workers union says 20 meat industry employees have died and at least 6,500 have tested positive, missed work due to quarantining or otherwise been impaced by the outbreaks.