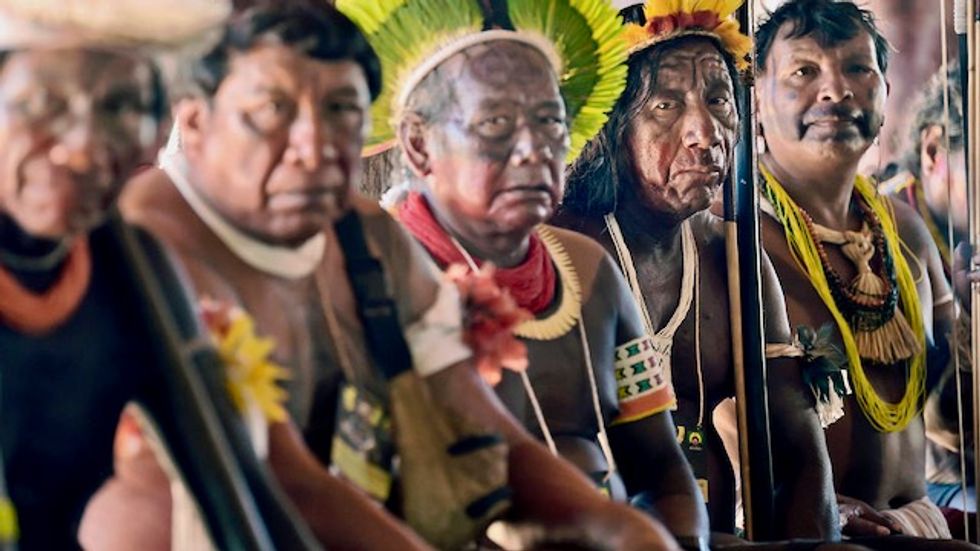 With the Covid-19 pandemic taking a heavy toll on Brazil’s Amazonas state, some Amazon tribes are turning to traditional medicine to treat the illness amid what they say is a lack of help from the country’s government.

Using ingredients including tree bark, mango peel mint and honey, as well as knowledge passed down through generations, members of the Sateré Mawé say their concoctions are effective against the virus.

"We have treated all the symptoms we have been experiencing with homemade remedies,” community leader André Sateré Mawé told AFP.

“Thanks to knowledge passed over generations, each member of the community has gathered an understanding of remedies. We have been experimenting, each remedy fights a symptom of the disease."

But they also say they have little choice but to turn to traditional medicine.

Amazonas is one of the states most affected by the pandemic in Brazil with 22,132 confirmed cases of Covid-19 and 1,491 deaths, according to official figures, overwhelming hospitals in the state’s capital Manaus.

Local officials and NGOs have warned that indigenous tribes are particularly at risk due to a lack of health services in remote areas, while the government of Jair Bolsonaro has been accused of doing little to help.

On Tuesday the mayor of Manaus, Arthur Virgilio Neto, warned of an impending “genocide” of indigenous people as a result of government inaction.

"I fear genocide and I want to denounce this thing to the whole world. We have here a government that does not care about the lives of indigenous people,” he said.