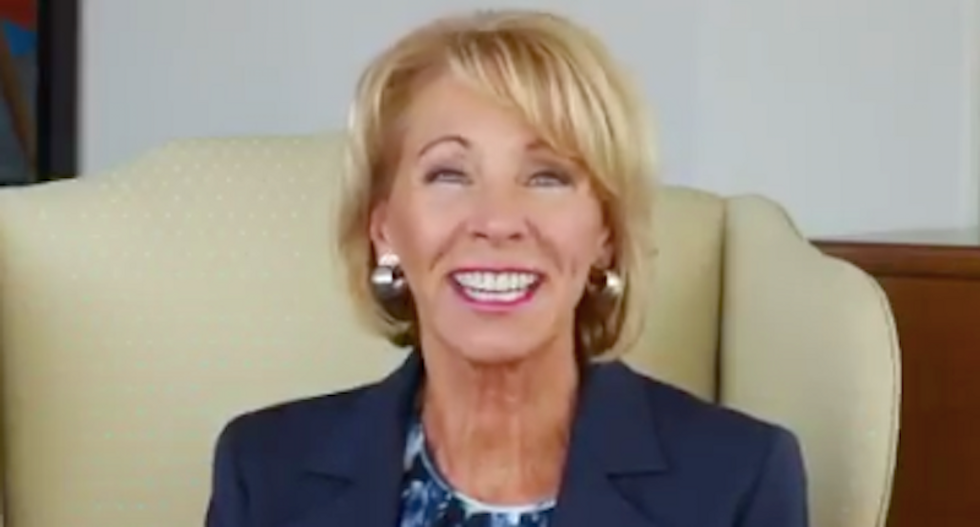 Secretary of Education Betsy DeVos has re-directed at least $180 million in coronavirus relief funds designated by Congress for low-income students and families to wealthy religious and private schools.

The New York Times reports the billionaire “school choice” advocate “has nearly depleted the funding set aside for struggling colleges to bolster small colleges — many of them private, religious or on the margins of higher education — regardless of need.”

In a stunning example, the Times reports “Wright Graduate University for the Realization of Human Potential, a private college that has a website debunking claims that it is a cult, received about $495,000.”

The Times adds that “DeVos has used $180 million to encourage states to create ‘microgrants’ that parents of elementary and secondary school students can use to pay for educational services, including private school tuition. She has directed school districts to share millions of dollars designated for low-income students with wealthy private schools.”

Ben Miller, a Center for American Progress vice president, says DeVos has given almost all of a nearly $350 million fund Congress appropriated to help colleges most impacted by the coronavirus pandemic to private religious schools.

“Almost 90% of the country’s special faith focused schools got extra money” from the fund, says Miller, who served as senior policy advisor at the U.S. Department of Education.

“Our desire is to confront the culture in ways that will continue to advance God’s kingdom,” she said, according to Mother Jones.