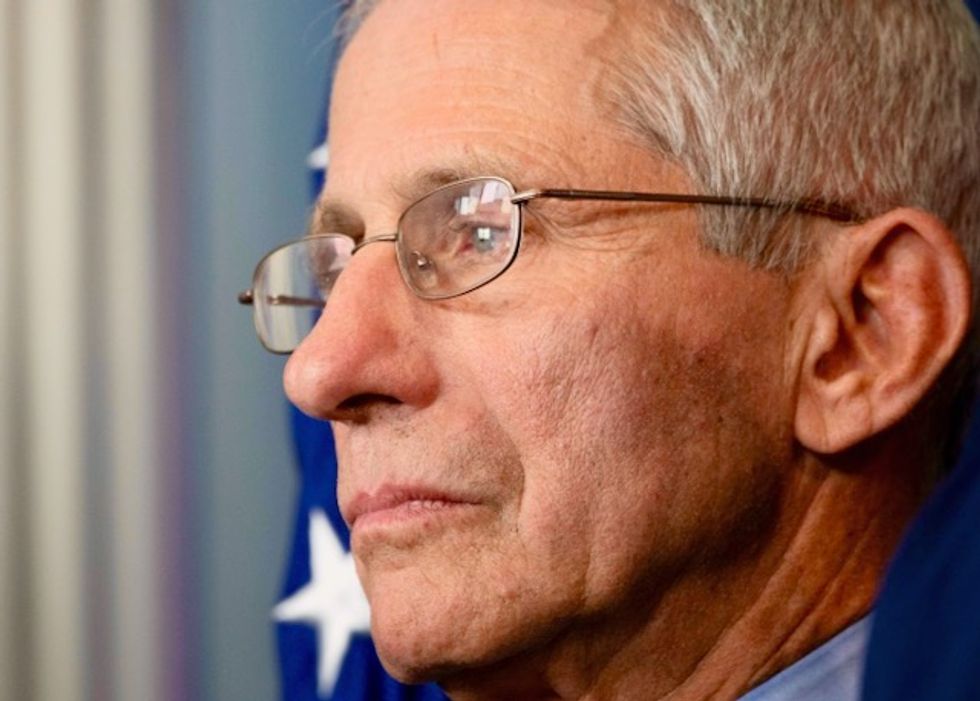 Dr. Anthony Fauci has burst on to the national stage as a result of the current coronavirus pandemic, but his work as a public health official extends back decades. He was a key figure in the fight against HIV/AIDS, and in an interview on PBS NewsHour on Wednesday, he offered a personal and emotional glimpse into that history.

Earlier in the day, it was reported that Larry Kramer, a famed writer and influential AIDS activist, had died at age 84. PBS host Judy Woodruff noted that Fauci and Kramer had been friends.

"In the beginning of the AIDS outbreak in the 1980s, the two of you had a pretty contentious relationship," Woodroof said. "But that changed over time."

"He was a most unusual figure in a very positive sense," Fauci said. "He was a firebrand. He had extraordinary courage to speak out and challenge the system that was in place at the time of the early years of HIV/AIDS."

Even as Fauci was recounting this part, he was laughing and smiling fondly.

"But then as I got to listen to what he had to say, I realized that he was making some important points that we in the establishment needed to listen to," he went on. "We became, gradually, friends, and then we became very good friends, and then we became colleagues in the struggle. So it turned out that, you know, I loved the guy. And I think he loved me back. And it was a very interesting journey that we went through together. From the very beginning, when there was no hope, and we were adversaries, to the point where we had extraordinarily effective drugs and were able to save the lives of so many people, that we became sort of old guys together looking back at history and realizing what an amazing journey we'd been through together. So I'm very sad that we lost him."