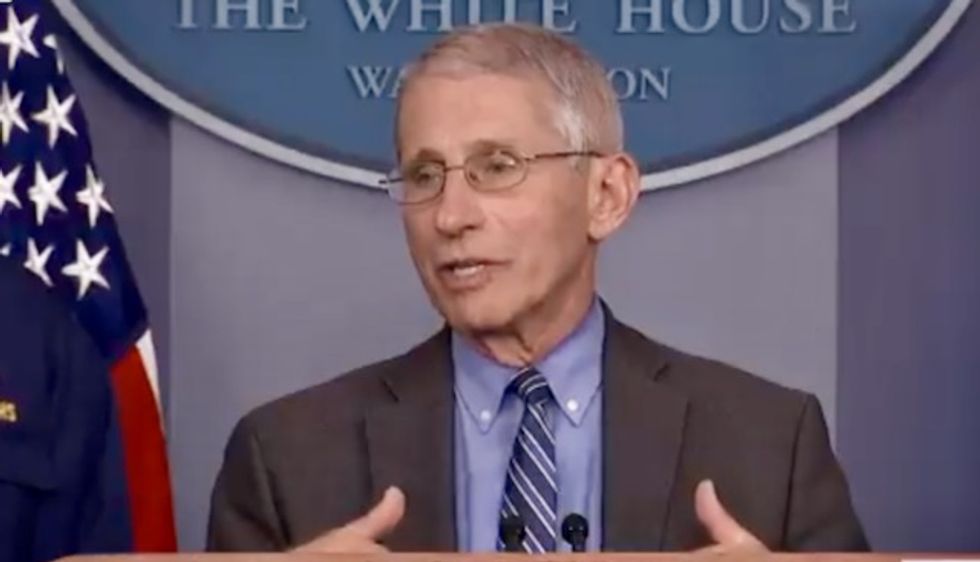 On Monday, in an interview with National Geographic, NIH infectious disease expert Dr. Anthony Fauci stated that there is no evidence to support the claim, often entertained by President Donald Trump and Secretary of State Mike Pompeo, that the coronavirus originated in a Chinese research lab.

"If you look at the evolution of the virus in bats and what's out there now, [the scientific evidence] is very, very strongly leaning toward this could not have been artificially or deliberately manipulated," said Fauci. "Everything about the stepwise evolution over time strongly indicates that [this virus] evolved in nature and then jumped species."

Fauci added that he also doesn't see any evidence to support the idea that the virus was brought into a lab via a wild animal and then was spread from the lab by accident.

Despite claiming to have seen intelligence supporting the lab theory, Trump and Pompeo are in a minority view. Intelligence officials with closely allied countries including Canada, the United Kingdom, and Australia have declined to back up their claims.