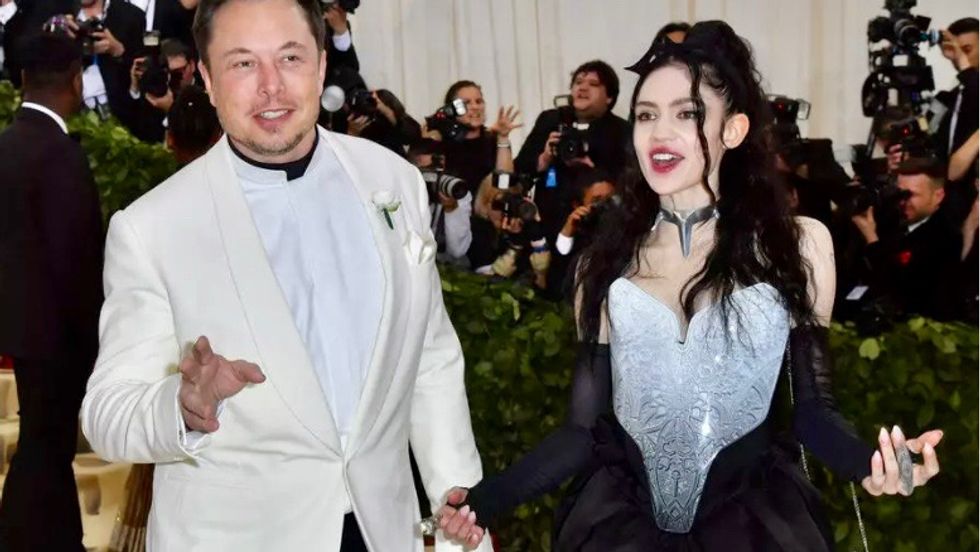 Elon Musk and Grimes made waves with their first public appearance together at the Met Gala on May 7, 2018, surprising both the music and business worlds ANGELA WEISS AFP/File

Elon Musk's girlfriend has given birth to the couple's first child together, the outspoken Tesla chief announced Monday.

When fans began asking the SpaceX CEO on Twitter for updates on his child, Musk replied that the birth was just "a few hours away!"

Four hours later, Musk replied to his own tweet to announce, "Mom & baby all good."

He has not released any further details about the child.

This is Grimes' first child, while Musk already has five sons. He has been divorced three times -- twice from the same woman.

Grimes, 32, whose real name is Claire Boucher, announced she was pregnant in January on Instagram. She shared a topless photo of herself with a baby bump and wrote in the caption that "being knocked up is a very feral & war-like state of being."

The couple made waves with their first public appearance together at the Met Gala in 2018, surprising both the music and business worlds. Grimes wore a choker shaped like the Tesla logo to further demonstrate their relationship status.

Musk, known for his grand ambition and brash demeanor, had already been in the news the past week when he went on a Twitter rant that included saying Tesla's stock was overvalued. The comment sent shares of the electric carmaker tumbling.