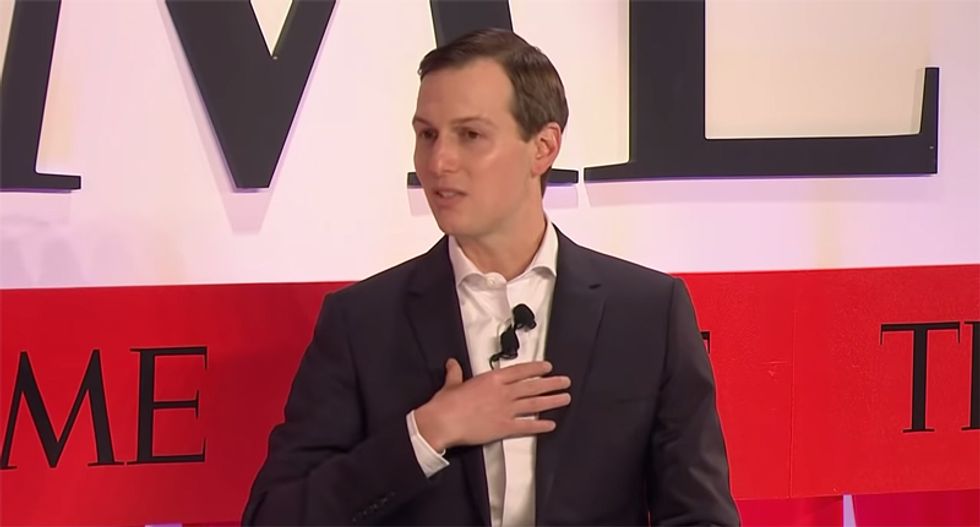 Axios reported Sunday that in addition to achieving Middle East Peace, managing the opioid crisis and solving the coronavirus pandemic, Kushner is now working on the Republican Party Platform. Kushner may be the son-in-law to President Donald Trump, but he was also a Democrat until just a few years ago.

While the Trump campaign has been the ones leading the effort, Kushner is who they all report to.

"The president's son-in-law and top adviser has told confidants he wants to shrink the GOP's extensive platform of policy beliefs and principles down to a single card that fits in people's pockets," Axios reported. "That's a huge change. The 2016 platform runs 58 pages — the product of extensive debate and heated negotiations."

Kushner has told them that he wants a "10 principles we believe in" list of commandments for the GOP, sources told Axios. They searched for historical examples of the GOP that they believed were more like a "mission statement."

"Another source familiar with the discussions pointed to the GOP platform of 1856 as an example of a platform that is similarly short," Axios also reported. "The source used this example to argue that the idea of a one-page platform isn't so new or radical after all."

While Kushner is a government employee, he used the Eisenhower Executive Office Building in the Secretary of War Suite to hold a political meeting on Dec. 19, 2019.

"From his seat at the center of a long table, Kushner told senior White House and campaign staff that more of their policies should be drawing people to the party, so they ought to eliminate alienating language," the report said. It's an ironic take considering that he works for a president known for using alienating language.

Kushner told Republicans that the party had to remove "gay conversion therapy" from their platform. The so-called "therapy" has actually been attacked by the American Psychological Association as being damaging to young people and not effective.

Sources told Axios that Kushner wants to get rid of the word "freedom" entirely because it doesn't connect well to African-American voters.

"The source said the only context in which Kushner argued against using the word 'freedom' was in the context of rebranding "school choice." The source added that 'freedom's a great word' and 'should be smartly utilized' in the 2020 Republican platform," Axios reported.

While Kushner has a lot of power in the White House, the Republican Party platform is set by the platform committee and the GOP activists must vote to pass it. It's unclear how Kushner will lobby for the changes to GOP voters and to conservative pastors who consider the Republican Party their home.

Trump was previously a Democrat as well, only changing his party a few years ago.

You can read the full report at Axios.com.