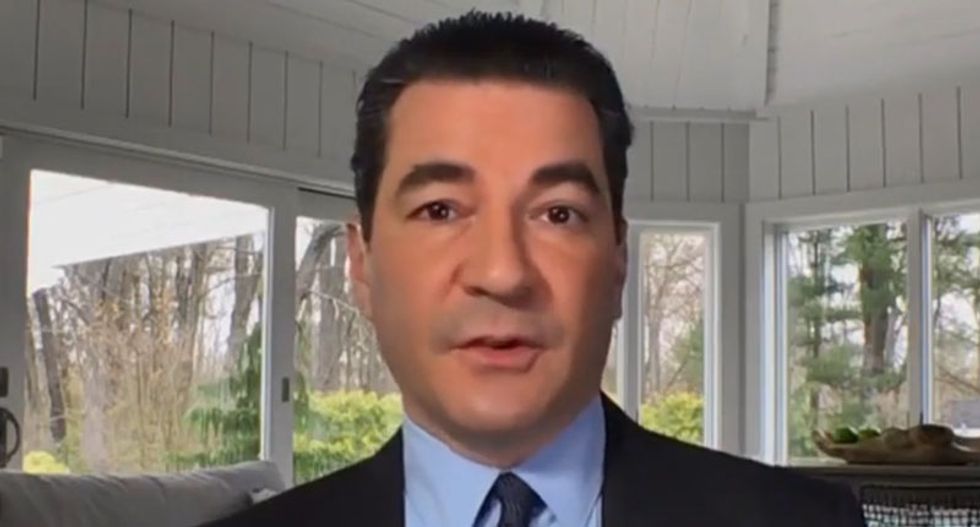 Former Trump FDA Commissioner Scott Gottlieb on Thursday that Americans should prepare for dire health consequences after the United States has failed to stop the coronavirus.

While appearing on CNBC's "Squawk Box," Gottlieb explained that America's efforts to battle the pandemic have so far come up short of what he'd hoped to achieve.

"We felt that, by the end of April, we were not only going to bend the curve, flatten the curve, we were also going to see sustained declines in new cases and be in a much better position nationally," he said. "We haven't seen, nationally, sustained declines that we expected. And we might not see it -- we might see just this slow burn of infection across the country."

Gottlieb then said it appeared that many states have decided they're willing to take the risk, although he warned of dire health consequences for doing so, and not just from the people who die from COVID-19.

"Vaccine prescriptions are down almost 90 percent," he said. "We're going to have measles outbreaks because kids are skipping routine vaccinations and routine physicals."

"We haven't seen nationally really sustained declines that we expected, and we may not see it--we might just see th… https://t.co/I2krcngJHE
— Squawk Box (@Squawk Box)1588848052.0