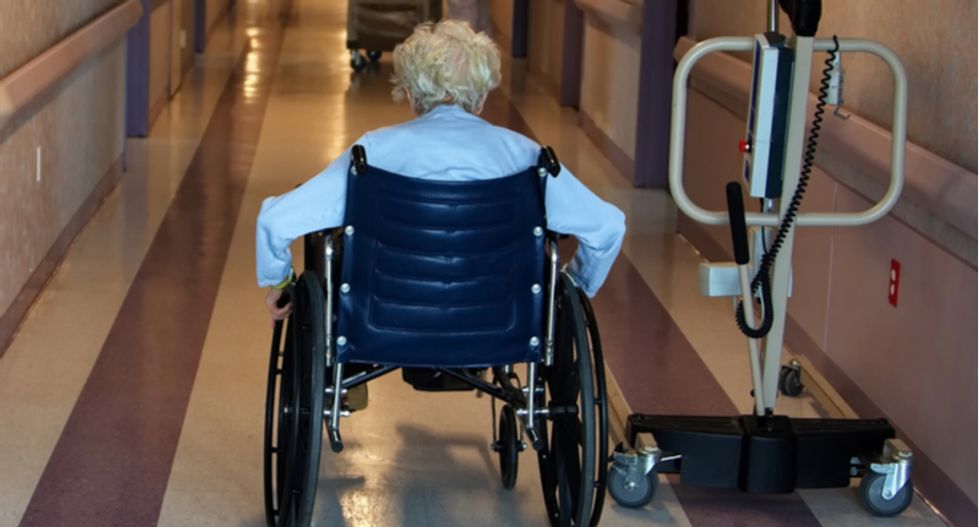 As the coronavirus continues to rage, the federal government is reportedly considering rolling back infection control requirements in U.S. nursing homes, according to a report from USA Today.

"A rule proposed last year by the Centers for Medicare and Medicaid Services (CMS) would modify the amount of time an infection preventionist must devote to a facility from at least part-time to 'sufficient time,' an undefined term that lets the facility decide how much time should be spent," USA Today reports. "The regulation has not been finalized, but CMS last week defended its proposal, saying it aims to reduce regulatory burden and strengthen infection control."

According to critics of the rule change, nursing home residents would be more vulnerable to infection as a result.

Speaking to USA Today, supervising attorney at the Center for Elder Law & Justice Lindsay Heckler said that the rule change makes "no sense at all."

"They should be strengthening these infection and control requirements," she said.

The CMS's own data says that infection is "the leading cause of morbidity and mortality" in U.S. nursing homes with 1.6 million to 3.8 million infections each year, resulting in almost 388,000 deaths.