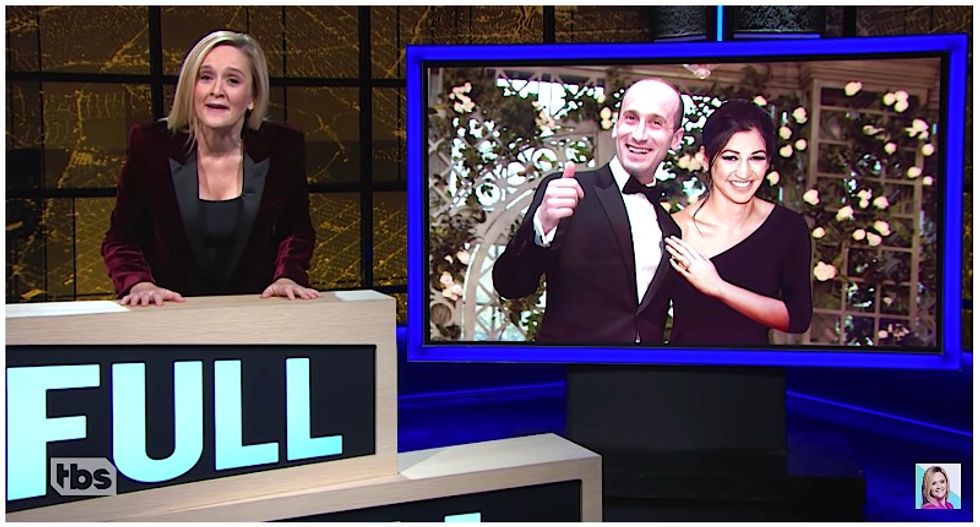 Thanks to her recent coronavirus diagnosis, the wife of immigration hawk and Trump adviser Stephen Miller is getting some unusual attention.

No one really knew Katie Miller, who is also Vice President Mike Pence's spokesperson, before the recent news. But back in 2019, Full Frontal's Samantha Bee gave a rundown when news of their engagement was first announced.

Meghan McCain is going berserk over the Fox News Christmas tree fire. Very early Wednesday morning a 49-year old man was arrested after police say he set fire to the tree, which is outside the Fox News headquarters in midtown Manhattan.

"Police say the man acted alone and the incident didn't appear to be premeditated or politically motivated. Charges against him are pending," NBC New York reported. The New York Times adds that "police said they believed that he was homeless and were investigating whether drugs or mental illness had played a factor."