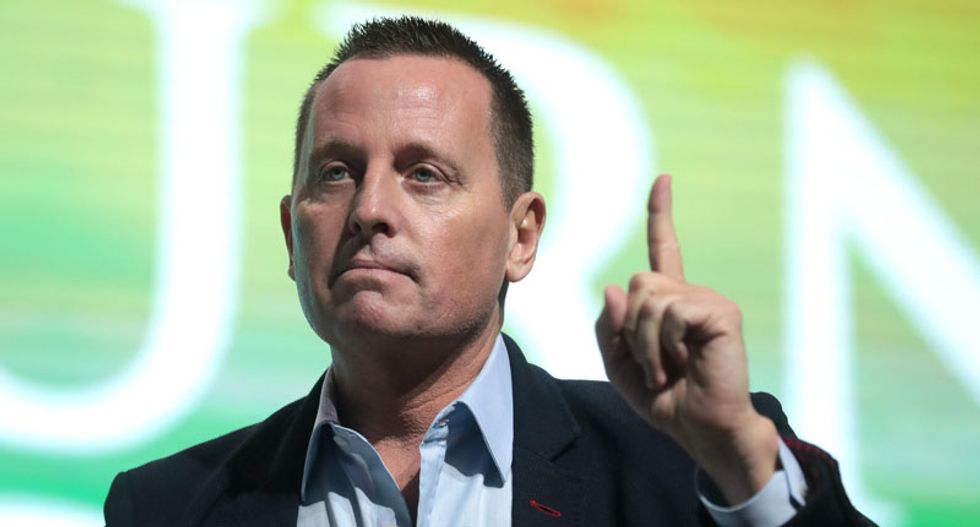 In an op-ed for The New York Times this Monday, former CIA agent Douglas London sounded the alarm against the appointment in February of Richard Grenell, a political operative and "Donald Trump loyalist," as acting director of national intelligence.

According to London, Trump's pick has many current and former intelligence professionals "deeply concerned."

"I am among them, if only because we cannot trust the judgments of a president who so often overrides the wisdom of professional intelligence analysts, prosecutors and medical authorities, even during a calamity," he writes, adding that he nevertheless feels confident that Trump will soon learn that "gagging the intelligence community will be far more difficult than hushing the Justice Department or overriding the wisdom of our medical institutions."

"Recent reporting in The Washington Post and The New York Times has challenged the president’s false messaging about what the intelligence community was telling him as early as December. The C.I.A.’s scientists, doctors and analysts undoubtedly provided sophisticated models of how the pandemic would most likely spread from China and how much damage Beijing was adding by suppressing information about it," London writes. "So what happened? Mr. Trump dismissed the information, presumably afraid it would hurt the economy and his re-election."

As the coronavirus raged in February and March, Grenell parroted Trump's inaccurate statements about the threat of coronavirus and other intelligence-related matters — "abandoning the role expected of any leader of the national intelligence community, according to the 9/11 Commission Report and the Intelligence Reform Act of 2004. That role is to transparently and credibly represent the community’s nonpartisan work to the American people."