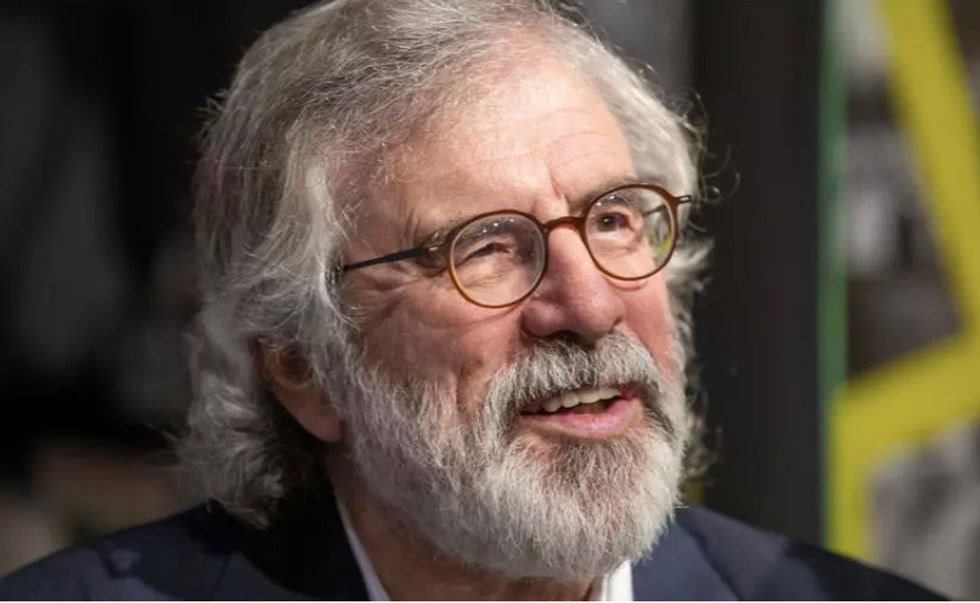 Former Irish republican leader Gerry Adams on Wednesday won an appeal at Britain's Supreme Court against two convictions dating back to the darkest days of the violence in Northern Ireland.

Adams, who as Sinn Fein leader was for decades the political figurehead of the anti-British movement in the province, received two jail terms in 1975 for trying to escape from prison.

But he argued that his original detention in 1973, under the British government's controversial "internment" program of holding terror suspects without trial, was invalid.

The Supreme Court judges unanimously agreed, saying the original interim custody order (ICO) should have been made personally by the British minister for Northern Ireland at the time.

Instead, it was made by a more junior minister.

"The making of the ICO in respect of the appellant (Adams) was invalid. It follows that he was not detained lawfully," the judgement said.

"It further follows that he was wrongfully convicted of the offenses of attempting to escape from lawful custody and his convictions for those offenses must be quashed."

Adams was detained under an order issued on July 21, 1973, on suspicion of involvement in spiraling unrest over Britain's control of Northern Ireland, which became known as The Troubles.

He twice tried to escape, in December 1973 and July 1974, from the high-security Maze prison near Belfast, which housed pro-British loyalist and republican paramilitaries.

But the escape plans, reportedly orchestrated by the Irish Republican Army (IRA), both failed and he was jailed in 1975 for a total of four and a half years.

After the ruling, Adams, now 71, urged the British government to identify others whose internment may also have been unlawful.

"I have no regrets about my imprisonment, except for the time I was separated from my family. However, we were not on our own," he said in a statement.

"There is an onus on the British government to identify and inform other internees whose internment may also have been unlawful."

Between 1971 and 1975 nearly 2,000 mainly republican prisoners were held without trial, according to Ulster University.

The British government allowed detention without trial -- internment -- in Northern Ireland since 1922.

But it was used extensively in the early 1970s to try to stem the violence between pro-British loyalists and republicans who wanted a united Ireland.

The policy is deeply controversial, and was often credited for stoking the bloodshed and bolstering support for the IRA.

"Internment, like all coercive measures, failed," Adams said on Wednesday.

Adams did not challenge his convictions at the time but acted following the release of previously classified government documents.

After his release from prison, Adams became a political figurehead during some of the bloodiest episodes of the conflict, which left 3,500 people dead over three decades.

Adams was charged with IRA membership in 1978 but the case was dropped due to insufficient evidence.

He has always publicly denied being enrolled in the ranks of paramilitary leadership, despite repeated conflicting claims from movement insiders.

He was elected to the British parliament but declined to take up his seat under Sinn Fein's policy of abstention, in which representatives refused to swear loyalty to the British head of state.

The 1998 Good Friday peace agreement largely brought an end to the violence in Northern Ireland, setting up a power-sharing government in Belfast between republican and pro-British parties, including Sinn Fein.