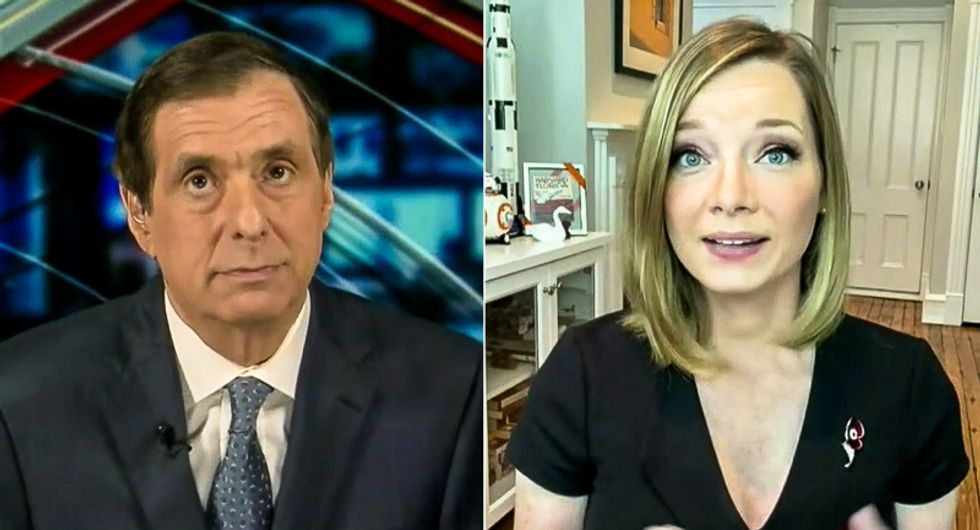 A Fox News segment on Sunday refuted President Donald Trump's claim that mail-in voting is a "scam" that gives an advantage to Democrats.

"The United States cannot have all Mail In Ballots," Trump wrote in a tweet on Sunday. "It will be the greatest Rigged Election in history. People grab them from mailboxes, print thousands of forgeries and 'force' people to sign. Also, forge names. Some absentee OK, when necessary. Trying to use Covid for this Scam!"

"The press says there's not evidence of significant fraud in voting by mail," Fox News host Howard Kurtz pointed out in a segment moments later. "And it may not be true that it helps Democrats over Republicans."

"There's actually evidence that it doesn't help one party or the other more," Anderson explained, noting that more Republicans cast more mail-in ballots than Democrats in one recent California election.

She went on to say that Republicans -- not Democrats -- were guilty of mail-in ballot fraud in a recent North Carolina case.

"It happens but it's very infrequent and it's not something confined to Democrats," Anderson said. "The most prominent case was a Republican doing it. So I think Republicans should not push back on this in the way that they are."