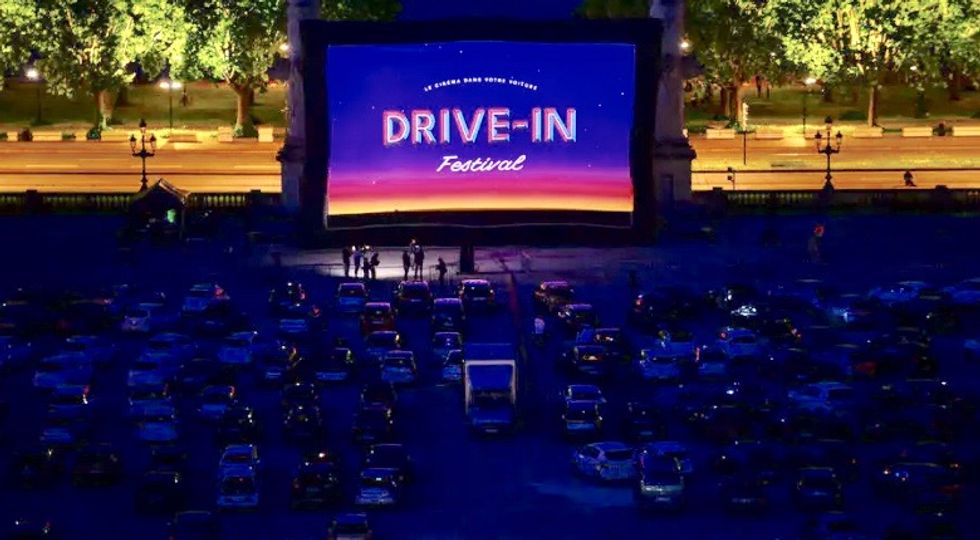 French cinema owners are up in arms because a drive-in film festival is beating the country's lockdown while they are forced to stay closed.

They are angry at a traveling drive-in film festival which began in the southwestern city of Bordeaux this weekend, and which is set to cross the country showing a mixture of arthouse films and crowd-pleasing French hits.

The federation of French cinema owners (FNCF) said that the festival and a plethora of other outdoor projections were leeching audiences away when "local and national authorities should be concentrating on battling to reopen cinemas".

The drive-in festival gets around French coronavirus social distancing restrictions by having the audience stay in their cars to the watch the films.

Although the lockdown in France was relaxed somewhat last week, restrictions remain tight in a large swathe of the country including the capital Paris.

While most shops have reopened, there is little prospect of cinemas opening their doors till at least July.

And even then it will be with social distancing measures that could mean that screenings may have to be up to three-quarters empty.

But the organizers of the Drive-in Festival told AFP that they were not trying to take the bread from cinema owners' mouths.

Mathieu Robinet, a former head of BAC Films, one of Europe's leading independent film production companies, said that they "simply wanted to give people a chance to experience some culture during confinement" and that the festival was not a money-making venture.

He said that the festival relied on 35 volunteers to help stage it and was always meant to be temporary.

He said it would stop showing the Oscar-winning South Korean film, "Parasite" and French films "Sink or Swim" and "Invisibles" when cinemas were allowed to reopen.

But the FNCF has demanded that the authorities enforce lockdown restrictions to the letter on the festival, which is due to travel to the southern city of Marseille later this month, before moving to northern France.

"There is no reason why these initiatives should escape the rules and put spectators and staff in danger," it added.

The federation also called for a ban on all outdoor film screenings until after the pandemic, saying it was "impossible to guarantee people would self-distance properly at these gatherings."

Meanwhile, with the world's biggest film festival in Cannes cancelled because of the virus, the Riviera resort is trying to keep the festival spirit alive with drive-in screenings of its own in a car park looking out on the Mediterranean later this week.