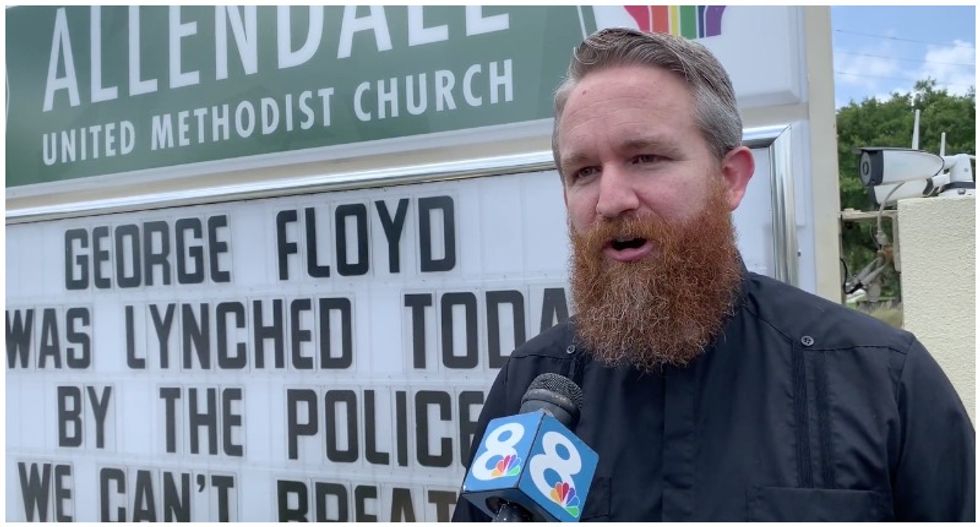 A church in St. Petersburg, Florida, is taking an opportunity to speak out in support of the family of George Floyd, who died this Monday after a police officer pressed his knee against Floyd's neck for up to eight minutes.

A sign outside the church was updated to read, "George Floyd was lynched today by the police. We can’t breathe!" On the opposite of the marquee, it reads, "White Supremacy: The most dangerous virus infecting our country since 1492."

Speaking to News Channel 8, the pastor of Allendale United Methodist Church said that Floyd "should be alive today."

“I immediately came out here to change our sign to remind St. Petersburg that a man named George Floyd was lynched yesterday by the police and this will continue until we stand up as a community, as people who look like me, white people, allies, stand up to demand that this type of police brutality stops," Rev. Andy Oliver said.

“I woke up yesterday to the video, eight minutes of a police officer applying deadly force to someone even after they were unconscious,” Oliver said. “It was the worst video I have ever seen in my life.”

Oliver says that mission of his church since he became pastor is to do the "work of anti-racism and being in solidarity for anyone who is at the margins."

Watch a report on the story from News Channel 8 below: