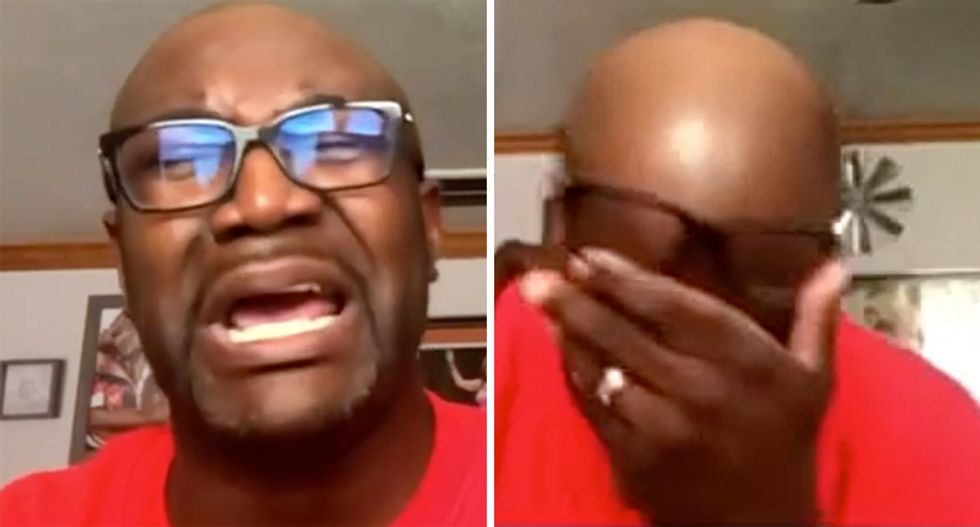 The brother of George Floyd described the condolence phone call he received from President Donald Trump during a Saturday interview on MSNBC.

Philonise Floyd was interviewed by the Rev. Al Sharpton on "Politics Nation."

While Derek Chauvin has been arrested and charged with third degree murder, the other three officers involved in the killing remain free.

"They all need to be convicted of first degree murder and given the death penalty," Floyd said.

"What was the conversation with President Trump like?" Sharpton asked.

"It was so fast," Floyd replied.

"He didn't give me an opportunity to even speak. It was hard, I was trying to talk to him, but he just kept like pushing me off, like 'I don't want to hear what you're talking about.' And I just told him I want justice. I said that I couldn't believe they committed a modern-day lynching in broad daylight."

"I just don't understand, man. We can't go through this. Why we have to have all this pain, man? I love my brother, I'm never going to see him again," he said as he teared up and was comforted by his son.