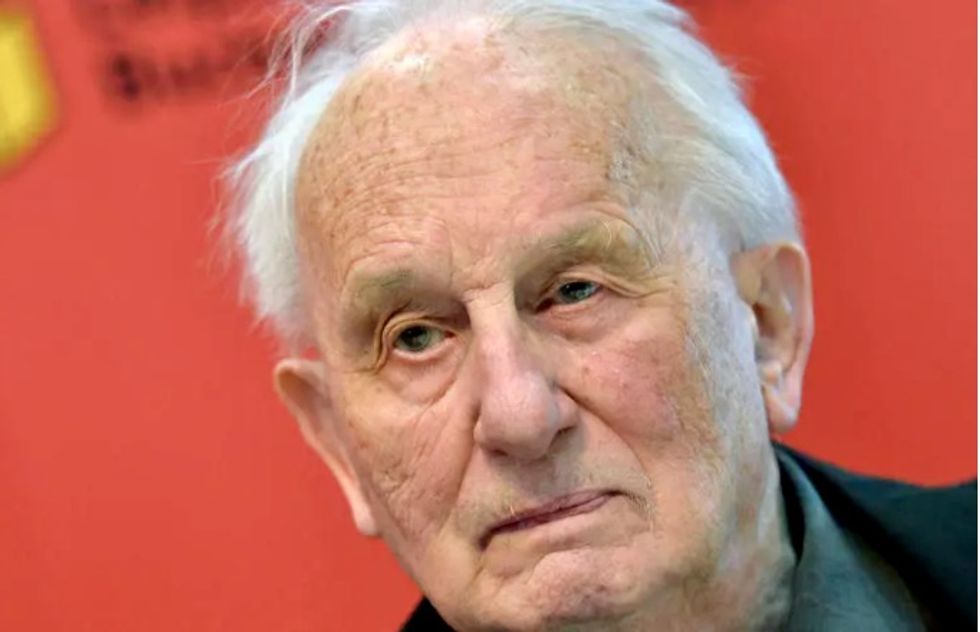 Hochhuth, who demanded a bold and thorough reckoning with the German past, courted controversy throughout his six-decade-long career, most strikingly with his first stage play.

The piece in question, 1963's "The Deputy", argued that wartime pontiff Pius XII failed to take action to stop the Nazi slaughter of the Jews.

The play, which Franco-Greek director Costa-Gavras adapted into his 2002 film "Amen", unleashed a storm of protest against the then 26-year-old writer and sparked an international debate about the Church's moral authority.

In March, the Vatican opened its archives to historians hoping understand Pius XII's fateful silence about the extermination of six million European Jews.

Germany's Central Council of Jews mourned Hochhuth's passing, calling him a "courageous taboo-breaker" who "touched off an overdue debate in Germany" about the role of the Church during the Nazi period.

Born in 1931 in central town of Eschwege the son of a shoe manufacturer, Hochhuth grew up under the Nazi dictatorship which would become the defining theme of his work.

"The Holocaust can never be forgiven and forgotten," he once said.

Hochhuth's "A Love in Germany" in 1978 about the role of former Nazi jurists helped bring about the resignation of then Baden-Wuerttemberg state premier and former naval judge Hans Filbinger, who had passed down death sentences during the war.

Two years after German reunification in 1990, Hochhuth raised hackles again when he denounced the "annexation" of East Germany by the West with "Wessis in Weimar".

The chairman of the German Federation of Industry, Michael Rogowski, called the play at the time "the embodiment of bad taste," and accused Hochhuth of advocating the murder of top executives as a form of political protest.

In his final years, Hochhuth gained notoriety for often bizarre public comments including a full-throated defence of British Holocaust denier David Irving that he later rescinded.

The Central Council of Jews said even this "baffling" transgression could be forgiven "because of his contributions to the reckoning with social and Church elites' entanglement with the Shoah".