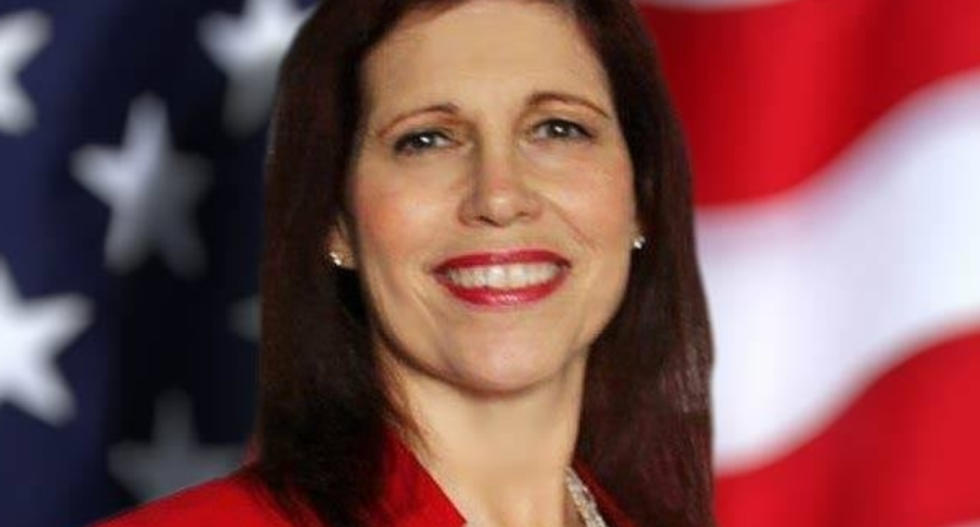 On Friday, ABC News reported that Jo Rae Perkins, the freshly-nominated GOP candidate for Senate in Oregon, is standing by her longtime support for the QAnon movement — and the state Republican Party, however reluctantly, is still planning to support her candidacy.

"In a now-deleted Twitter video, insurance agent Jo Rae Perkins, who bested three other candidates in the primary to face Democrat Sen. Jeff Merkley in November’s general election, expressed support for the QAnon conspiracy theory, which casts President Donald Trump as a crusader against a web of deep state conspiracies and that the Federal Bureau of Investigations has deemed a potential domestic terror threat," reported Will Steakin and Meg Cunningham. "'I stand with President Trump. I stand with Q and the team. Thank you Anons, and thank you patriots. And together, we can save our republic,' Perkins said in a video posted on Tuesday, while holding up a sign with a popular QAnon slogan on it."

"By virtue of being the GOP nominee, this is what we do - support them in winning the general election," said the Oregon Republican Party in a statement responding to the controversy.

Perkins' campaign initially tried to deny she was a QAnon supporter, posting a statement that she “would never describe herself as a follower" on Wednesday. But on Thursday, Perkins contradicted her campaign, saying she was "literally physically in tears" when she saw their denial: "My campaign is gonna kill me. How do I say this? Some people think that I follow Q like I follow Jesus. Q is the information and I stand with the information resource.”