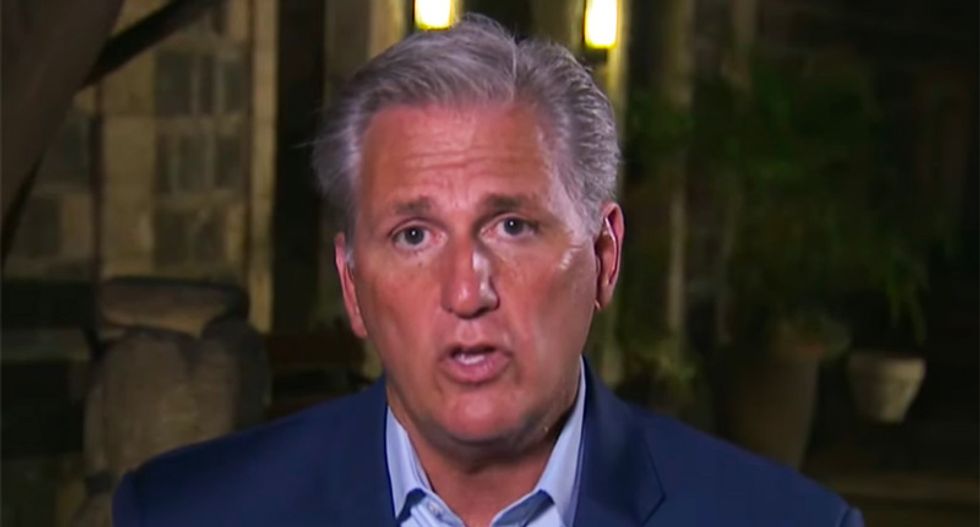 House Speaker Nancy Pelosi (D-CA) and Senate Majority Leader Mitch McConnell (R-KY) refused the offer from President Donald Trump for a rapid testing machine for elected officials as they return to Washington. The leaders want to avoid taking critical resources from others who need them, they said in a joint statement over the weekend.

“I do believe it would be critical to have the testing here because there will be a flare-up. Remember how many people from other parts of the country come to this location,” McCarthy said.

President Donald Trump was horrified by the refusal, tweeting over the weekend that it was pure politics. It's unclear what politics McConnell is playing in agreeing with Pelosi.

“Interesting? By Congress not wanting the special 5 minute testing apparatus, they are saying that they are not ‘essential,’” Trump tweeted Monday. “In any event, we have great testing capacity, and have performed 6.5 million tests, which is more than every country in the world, combined!”