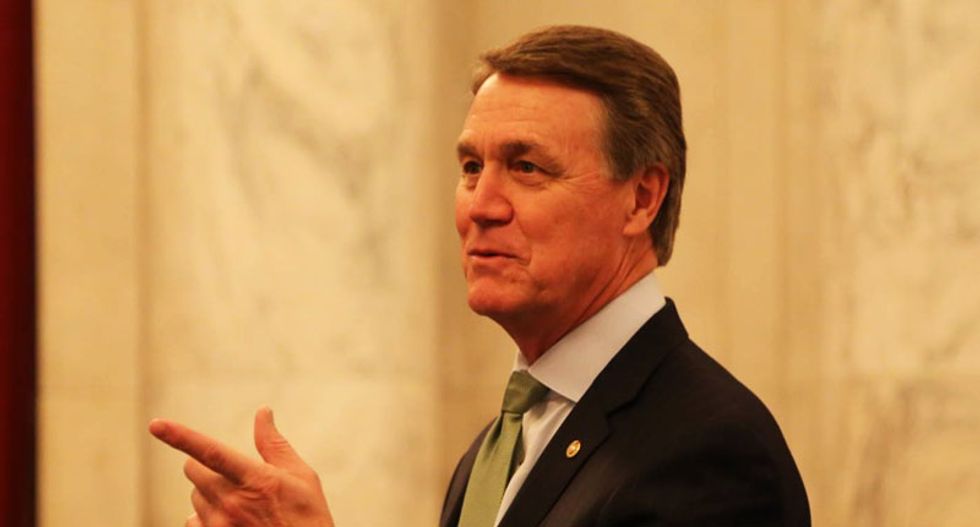 Sen. David Perdue (R-GA) was caught in a leaked audio comparing COVID-19 to car crashes. Perdue is not the first to make the false equivalency between auto accidents and the novel coronavirus. Television psychologist Dr. Phil made a similar comment on Fox News several weeks ago.

“A certain number of us will die on our public roads every year,” Perdue announced to business owners, Vox reported. “Well, each of us in a representative democracy have the freedom to make that determination about the risk level for me as an individual. And therefore, we choose to go or we choose not to go. In a situation like this, as long as we have good information, we can make our own decisions.”

In fact, COVID-19 deaths in the United States have far surpassed the fatality rate of car crashes, which were 36,560 deaths in accidents in 2018. Coronavirus deaths are expected to hit over 100,000 by the end of May.

There are many mitigation efforts that have taken place over the years to help stop car crashes like slower speed limits, mandatory seat belts, safer cars and airbags. Car crashes also don't tend to be contagious, meaning if two people are in a car crash, five other people don't then also get into a car crash.

Still, Perdue maintained they were similar.

Vox noted that on the same day of the comment from the Georgia senator, the state announced 1,557 confirmed coronavirus deaths in the past 15 weeks. It exceeds the 1,504 automobile deaths in the state in all of 2018.

Read the full report from Vox.