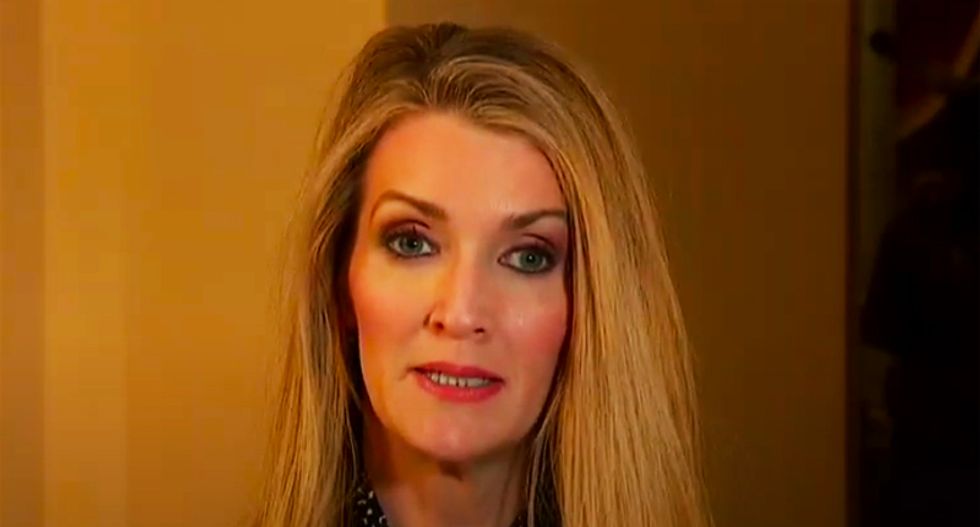 On Thursday, The Daily Beast reported that Sen. Kelly Loeffler (R-GA) has turned over information about her stock trades to federal investigators, following a search warrant being executed against fellow Sen. Richard Burr (R-NC) for similar allegations.

"In a statement on Thursday evening, a Loeffler spokesperson said the senator 'has forwarded documents and information' to the Department of Justice, the Securities and Exchange Commission, and the Senate Ethics Committee 'establishing that she and her husband acted entirely appropriately and observed both the letter and the spirit of the law,'" reported Lachlan Markey. "Loeffler’s sharing of that information comes as the FBI probes insider trading allegations against members of Congress who sold stocks in the weeks before the coronavirus outbreak sent markets plummeting."

Loeffler's trades, which occurred at the same time as she was receiving classified briefings on coronavirus, involved the sale of equity in several companies that were negatively impacted by the pandemic, as well as the purchase of some stocks from companies that benefited, like teleworking software.

The reports have led to accusations that she profited off of nonpublic information — even as President Donald Trump and the rest of her party downplayed the threat of the pandemic.