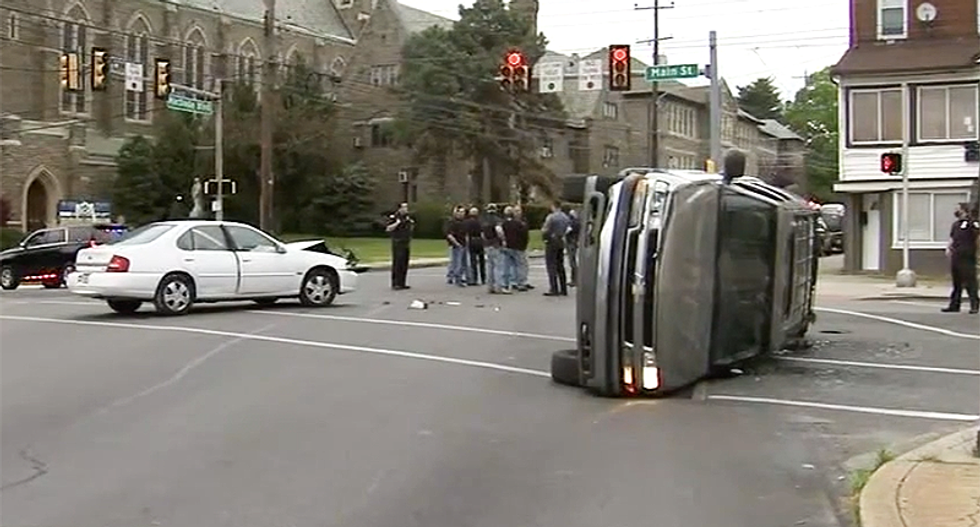 During Nurse Appreciation Week a group of Delaware County, Pennsylvania citizens socially distanced in their cars to thank nurses and healthcare workers, only to be disrupted by a gun-waving SUV driver.

According to PennLive, the cars paraded to thank Mercy Fitzgerald Medical Center staff when police say "the male suspect threatened to hurt people while waving the gun."

It resulted in a police chase where the SUV ultimately crashed and flipped on its side. The man was then arrested, though police have yet to release the man's name or his reason for going on the attack.

Watch the full report from 6ABC.com below: