Historian: Georgia's current 'citizen's arrest' law has its roots in a 1861 rule written by a confederate slaveholder 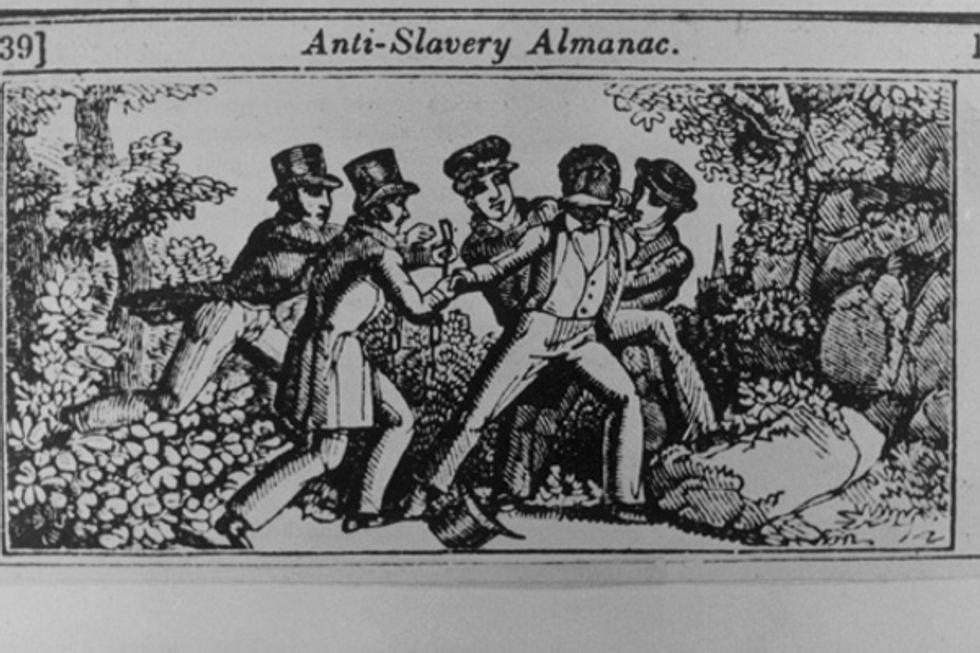 The current version of Georgia Citizen’s Arrest Law, 17-4-60 (2010), states: “A private person may arrest an offender if the offense is committed in his presence or within his immediate knowledge. If the offense is a felony and the offender is escaping or attempting to escape, a private person may arrest him upon reasonable and probable grounds of suspicion.” A private individual who makes a “citizen’s arrest” is instructed “without any unnecessary delay” to “take the person arrested before a judicial officer . . . or deliver the person and all effects removed from him to a peace officer of this state.”

Georgia’s laws were formally codified in 1861 by Thomas Cobb, a lawyer and slaveholder who died at the Battle of Fredericksburg in 1862. It was the first formal codification of state common law in the United States. It was also racist. In the original code, African Americans were assumed to be enslaved unless they could prove free status. Georgia’s Citizen’s Arrest statues were first entered into the Law Code of Georgia in 1863.

Thomas Cobb was the author of An Inquiry into the Law of Negro Slavery in the United States of America (1858). In the book, Cobb argued “[T]his inquiry into the physical, mental, and moral development of the negro race seems to point them clearly, as peculiarly fitted for a laborious class. The physical frame is capable of great and long-continued exertion. Their mental capacity renders them incapable of successful self-development, and yet adapts them for the direction of the wiser race. Their moral character renders them happy, peaceful, contented and cheerful in a status that would break the spirit and destroy the energies of the Caucasian or the native American” (46). Cobb’s views on race and slavery shaped the Georgia legal code.

The Code Law Code of Georgia was heavily revised after the 1865 passage of the Thirteenth Amendment ended slavery in the United States, and has been revised and reenacted a number of times during the last 150 plus years. However, the Civil War era citizen’s arrest provision remains.

In 1863, when the citizen’s arrest provision was added to the Law Code, slavery and Georgia law enforcement were in serious disarray. Georgian units in the Confederate army were primarily stationed in Virginia. The Union army was preparing to invade the state from Tennessee. Enslaved Africans were fleeing plantations to join Union forces. Confederate deserters were hiding in inaccessible Appalachian counties in the north and swamp regions of the south. With its criminal justice system in a state of collapse, the 1863 code revision empowered white Georgians to replace law enforcement and slave patrols to keep the enslaved Black population under control.

After the Civil War, citizen’s arrest supported Ku Klux Klan violence against Black Georgians. In 1868 alone, there were over 300 reported cases of the Klan murdering or attempting to murder Georgia’s black citizens.  According to the Mary Turner Project database, there were 454 documented lynching murders of Black men and women in the state of Georgia between July 29, 1880 and April 28, 1930.  The Fulton County Lynching Project lists 589 documented lynchings between 1877 and 1950.

Lynchings of African American men and women in Georgia by white mobs making “citizen’s arrests” have a particularly gruesome history. On January 22, 1912, four African Americans in Hamilton--three men and a woman--were citizen’s arrested and lynched, accused of killing a white planter who was sexually abusing Black girls and women. On July 25, 1946, two African American couples were dragged from their car at Moore’s Ford in Walton County and shot about sixty times by a mob of white men making a “citizen’s arrest.” No one was ever charged with their murders.

At 1 PM on February 23, 2020, a 25-year-old black man named Ahmaud Arbery was killed by two white men, Gregory McMichael and his son Travis McMichael. His executioners told police they were in the process of making a citizen’s arrest because they believed Arbery fit the description of a man suspected of break-ins in Glenn County. Gregory McMichael was a police officer in Glenn County in the 1980s and an investigator in its district attorney's office until he retired in 2019. Police and local prosecutors let the men go without further investigation until a national uproar over the killings three months later.

Alan Singer is a historian and professor in the Hofstra University Department of Teaching, Learning and Technology. He is the author of New York's Grand Emancipation Jubilee: Essays on Slavery, Resistance, Abolition, Teaching, and Historical Memory (SUNY Press, 2018). Follow Alan Singer on Twitter: https://twitter.com/ReecesPieces8.