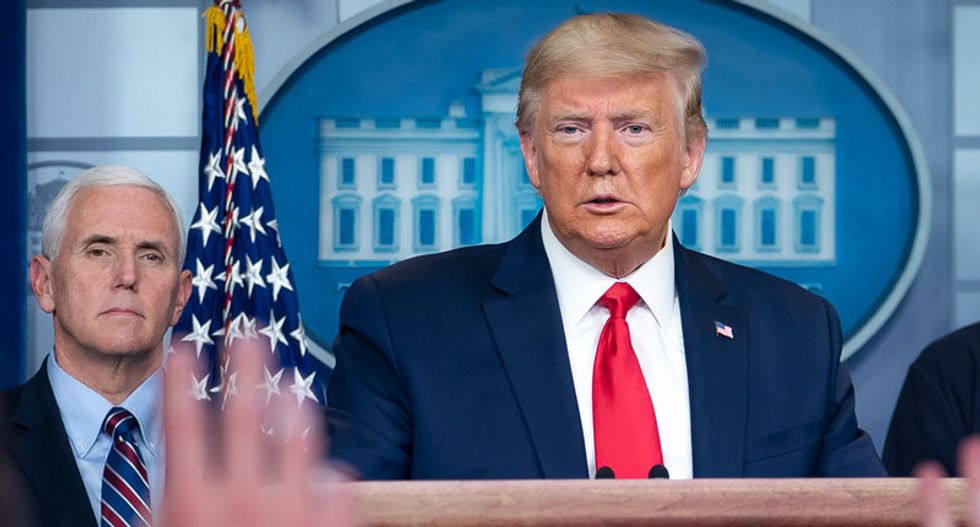 You can't stop an outbreak from happening, but you can stop it from becoming a catastrophe. In the New York Times this Friday, Timothy Egan writes that the U.S. failed that test and now we're trapped in a "full-blown disaster, in lockdown with a narcissist for a president."

"A country that turned out eight combat aircraft every hour at the peak of World War II could not even produce enough 75-cent masks or simple cotton nasal swabs for testing in this pandemic," Egan writes. "A country that showed the world how to defeat polio now promotes quack remedies involving household disinfectants from the presidential podium."

When it comes to getting the country back on track with a national testing program, Egan contends that Trump has basically "surrendered." Now, most the world has lost confidence in America's leadership and it will take some time before we get it back.

"America has a failed federal government, laughed at and pitied the world over," Egan writes.

But, America is not a failed state. "It will be saved by its scientists and doctors, its hospitals and universities, its nimble and creative companies, and leaders in the statehouses who act more decisively than the family of frauds in the White House," Egan writes.