How mainstream media is taking the bait on Trump's fake scandal 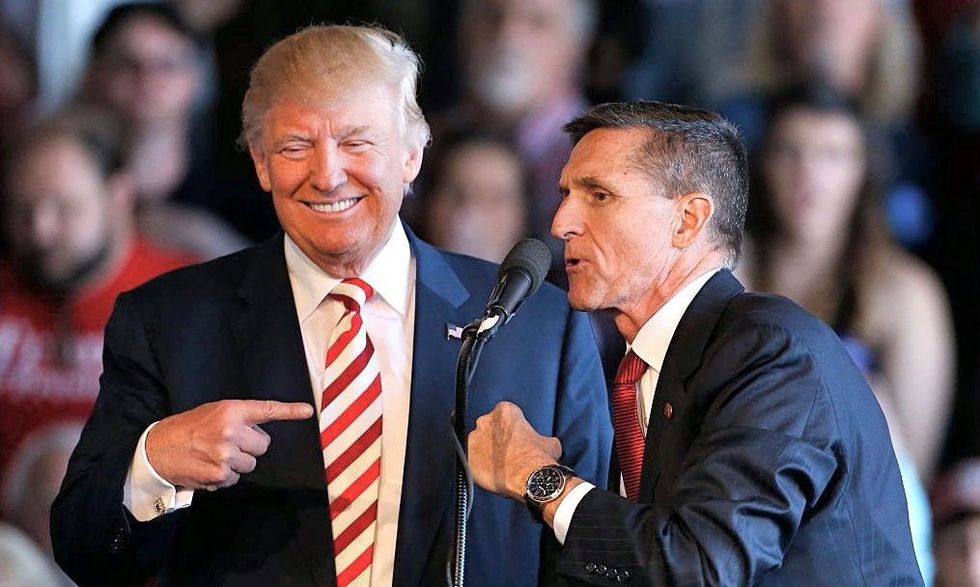 It's not surprising, but it's utterly disappointing.

Much of the media certainly knows that there's no basis for President Donald Trump's recent allegations around the nebulous and fake scandal he is preposterously calling "Obamagate," but they seem determined to play along in the farce anyway.

While some of the coverage of the issue has been good so far — the Washington Post's Phil Rucker exposed Trump's complete ignorance about the issue at a recent press conference — new signs emerged on Wednesday that the press is willing to indulge in the president's delusions.

Politico, for example, published a story on Wednesday afternoon claiming:

The problem isn't that the story is false. It's that by framing the story in this way, it suggests something interesting happened here, and the scare quotes around the word "unmask" serve to make it seem like a mysterious and intriguing process. The whiff of scandal is clearly in the air.

It's only further down in the story that we find out:

The list includes officials “who may have received Lt. Gen Flynn's identity in response to a request processed between 8 November 2016 and 31 January 2017 to unmask an identity that had been generically referred to in an NSA foreign intelligence report,” according to the document, which also notes that each person was “an authorized recipient” and that the unmasking was approved through the agency’s normal process.

Ah, so here's the truth: People in the Obama administration used a normal process as authorized personnel to access information about an ongoing counterintelligence operation that has already been widely discussed. What a scoop!

But it's even more of a dud than this suggests because the report also said that the list noted: "While the principals are identified below, we cannot confirm they saw the unmasked information."

There is, in fact, a story here. But it's not the one Politico thinks it's telling. The story is that Trump and his allies are trying to cook up a bogus scandal based around the normal and uncontroversial operations of the government. Even in Attorney General Bill Barr's twisted and misleading account of what happened to Michael Flynn, there's no indication in any of this that any of that the "unmasking" was wrong.

Other outlets have similarly been presenting developments in the "unmasking" story as if there was something genuinely scandalous in these humdrum details, including CNN, The Hill, The Washington Post, and The Wall Street Journal.

But as Wall Street Journal reporter Rebecca Balhaus noted: "Unmasking U.S. identities in intel reports is a fairly routine process that occurs thousands of times a year and is requested by senior administration officials to better understand the context of intercepted conversations that are being reviewed."

In other words, the story might as well be: "Obama administration officials asked follow-up questions in an intelligence briefing." Of course, in that framing, everyone would realize it's not a story.

"The highly packaged media rollout continues, but without any allegation of ... anything wrong in particular," said lawyer Luppe Luppen. "Of course they unmasked the name of the US person who could tell Russia how to respond to their sanctions and get the Russian government to comply."

Kerri Kupec, a spokesperson for the Justice Department, has said that U.S. Attorney John Durham is looking into the issue of the "unmasking." It's odd and disconcerting for the DOJ to provide this kind of update into an ongoing to investigation to cast aspersions on people who will likely never be charged with crime. But there's still no actual indication about what wrongdoing might have occurred, and at least until some kind of substantial allegation emerges, it's time for the media to stop pretending like this is anything other than a charade.