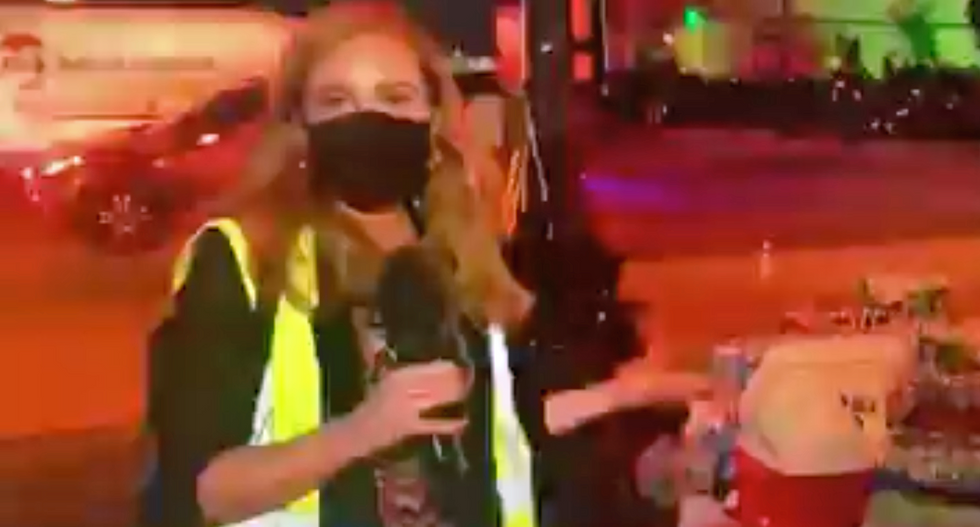 Police fired pepper bullets at a camera crew doing a live broadcast of the police violence protests in Louisville on Friday evening.

"WAVE 3 News reporter Kaitlin Rust appeared to have been hit by rubber bullets reportedly fired by an LMPD officer during a protest in downtown Louisville," the station reported.

Rust was wearing a fluorescent safety vest at the time of the incident.

"I'm getting shot," she shouted.

The news anchor asked, "who are they aiming that at?"

"He's shooting at our crew," another anchor noted.

"Obviously they see the camera," the first anchor said.