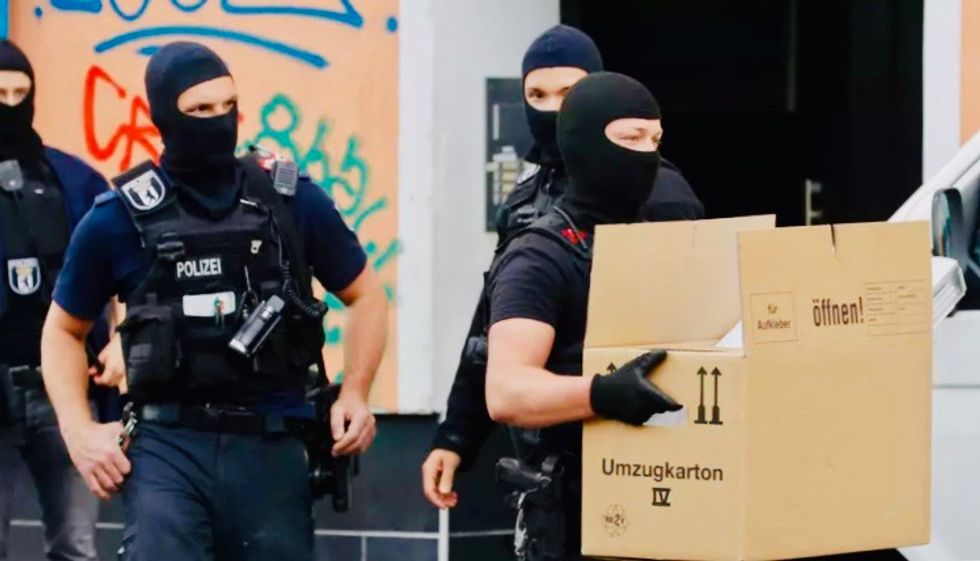 Iran has slammed Germany's ban on the activities of Lebanon's Hezbollah movement on its soil, saying it would face consequences for its decision to give in to Israeli and US pressure.

Germany branded Hezbollah a "Shiite terrorist organisation" on Thursday, with dozens of police and special forces storming mosques and associations across the country linked to the Lebanese militant group.

The Islamic republic said the move was based solely on the goals of the "propaganda machine of the Zionists and America's confused regime".

It "strongly" condemned the decision it said showed "complete disrespect to the government and nation of Lebanon, as Hezbollah is a formal and legitimate part of the country's government and parliament".

Iran said Hezbollah had a "key role in fighting Daesh's terrorism in the region," using the Arabic acronym for the Islamic State group.

"The German government must face the negative consequences of its decision in the fight against real terrorist groups in the region," it added.

Hezbollah was established in 1982 during the Lebanese civil war and fought a 2006 war with Israel.

Iran is a major supporter of the Lebanese Shiite group and its "resistance" against the Islamic republic's arch foe Israel.

The United States and Israel have long designated Hezbollah as a terrorist group and urged allies to follow suit.

Like the European Union, Germany had until now outlawed only Hezbollah's military wing while tolerating its political wing.

Britain outlawed Hezbollah's political wing last year, making membership of the Shiite movement or inviting support for it a crime.