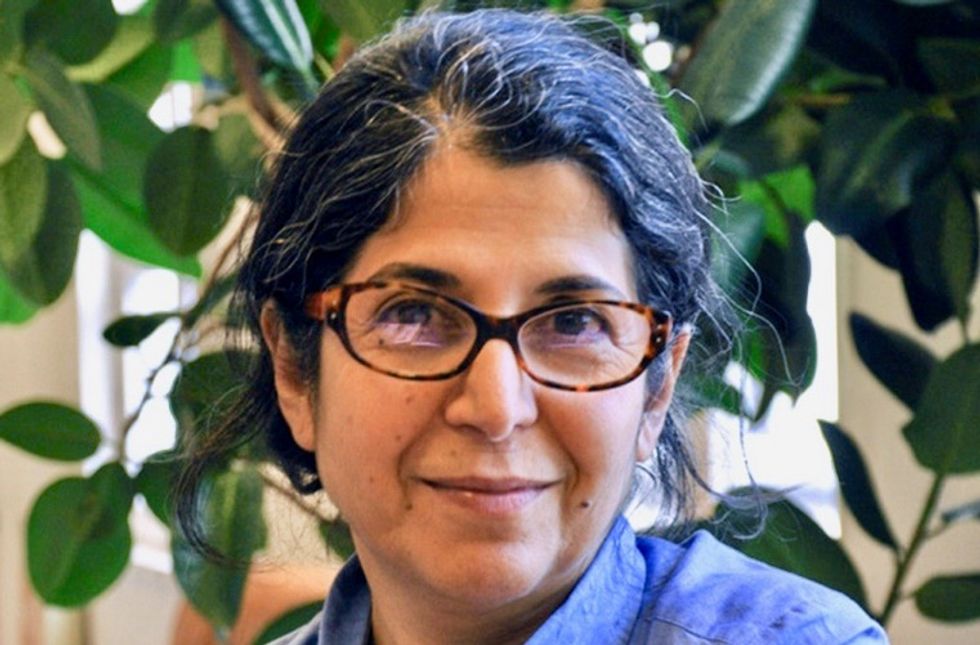 The case of Adelkhah and her French colleague and partner Roland Marchal, who were arrested together in June last year, has been a thorn in relations between Tehran and Paris for months.

Marchal was released in an apparent prisoner swap in March that drew strong criticism from the United States.

The 61-year-old Adelkhah has remained in custody ever since her arrest.

A research director at Sciences Po university in Paris, she is a dual French-Iranian citizen, a status Iran does not recognise.

The academic was "sentenced to five years for gathering and conspiring against national security, and one year for propaganda against the Islamic republic," her lawyer Said Dehghan told AFP, adding that they were to be served concurrently.

He said his client intended to appeal against her conviction.

Her trial opened on March 3 with the final hearing held on April 19 at branch 15 of Tehran's Revolutionary Court.

Adelkhah has been severely weakened by a 49-day hunger strike she mounted between late December and February, her lawyer said.

Her French colleague Marchal, who was detained while visiting her in Tehran, is also a researcher at the Centre for International Research (CERI) at Sciences Po.

Sciences Po/AFP/File / Gregory CALES Adelkhah's French colleague and partner Roland Marchal, who was detained along with her in June last year, was released in March in an apparent prisoner swap

Marchal was freed after France released Iranian engineer Jallal Rohollahnejad, who faced extradition to the United States over accusations he violated US sanctions against Iran.

Washington has said that it "deeply regrets" that decision.

Dehghan said Marchal's release gives grounds for appeal against the charge of "gathering and conspiring against national security".

"At least two people must be involved for this charge to stand," he said.

Adelkhah's defence team also plans to argue that her personal academic opinion regarding the Islamic dress code enforced in Iran cannot amount to "propaganda against a political system."

Following Adelkhah's hunger strike, her support committee expressed concern over her vulnerability to any outbreak of the coronavirus in the prison where she has been held.

Iran is battling the Middle East's deadliest COVID-19 epidemic, which has claimed more than 6,900 lives.

Dehghan had recently indicated that Adelkhah continued to "suffer from kidney disease as a consequence of her hunger strike."

Arrests of foreign citizens have increased since the United States unilaterally withdrew from a landmark nuclear deal between Iran and major powers in 2018 and reimposed crippling sanctions.

Those detained, who have included a number of dual nationals, have mostly been accused of spying or of acting against Iran's national security.

A support committee, which was set up to campaign for their release, condemned Adelkhah's conviction and jail sentence as "Kafkaesque".

"It was not a proper legal process. There was clearly no open debate," said committee member Jean-Francois Bayart.

The Geneva-based academic said Adelkhah had been caught up in wider political issues over which she had no control.

Iran has been increasingly critical of European governments, particularly France, over their failure to do more to save the 2015 nuclear deal by enabling companies to get round renewed US sanctions.

"The intensity of this arm-wrestling contest does not surprise us," Bayart said.

"It's an opaque and arbitrary process and an utterly asymmetric bargaining situation because one of the protagonists is in jail."

But Bayart added that despite the after-effects of her hunger strike, Adelkhah remained "extremely combative, lucid and determined".

Marchal is not the only Western national to have been freed by Iran in a prisoner swap in recent months.

In February, Iran released an unidentified German in exchange for Iranian Ahmad Khalili, who was in custody for circumventing US sanctions.

In December, it freed US academic Xiyue Wang in exchange for scientist Massoud Soleimani and said it was open to further swaps.