Iran warns US not to interfere with Venezuelan oil flotilla 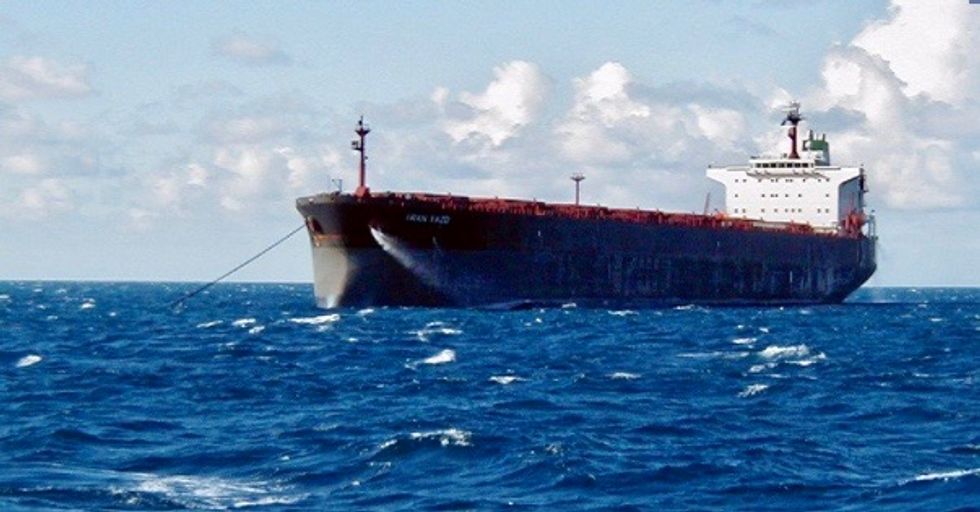 Iranian President Hassan Rouhani on Saturday warned the United States not to interfere with a shipment of oil bound for Venezuela after the South American nation said it would provide an armed escort for the tankers.

In a statement posted on his website, Rouhani said the United States had created “unacceptable conditions” in different parts of the world, but that Iran would “by no means” be the one to initiate conflict.

“If our tankers in the Caribbean or anywhere in the world face any problems caused by the Americans, they will face problems as well,“ he said. “We hope the Americans will not make a mistake.”

A flotilla of five tankers carrying Iranian fuel for gasoline-starved Venezuela is approaching the Caribbean, with the first vessel, Iranian-flagged tanker Fortune, expected to reach Venezeula's waters on Sunday. The Fortune has been navigating with its satellite signal on since it passed the Suez Canal earlier in May. The four other vessels are following the same route across the Atlantic Ocean.

Venezuela said Wednesday that planes and ships from the nation’s armed forces will escort the tankers in case of any U.S. aggression.

A force of U.S. vessels, including Navy destroyers and other combat ships, patrol the Caribbean on what U.S. officials call a drug interdiction mission. Venezuelan officials paint them as a threat, but U.S. officials have not announced any plans to intercept the Iranian tankers.

Today we alerted the UN Security Council and Secretary General Antonio Guterres of the threat of imminent use of mi… https://t.co/qNQ9yluzsO
— Samuel Moncada (@Samuel Moncada)1590179568.0

Against all odds, the brave town of Iran sends 5 gasoline tankers to Venezuela, defying the coercive and illegal me… https://t.co/WmlYnnvVtN
— Right word (@Right word)1590225833.0