Judge orders New York to reinstate Sanders, Yang, and others to 2020 primary ballot 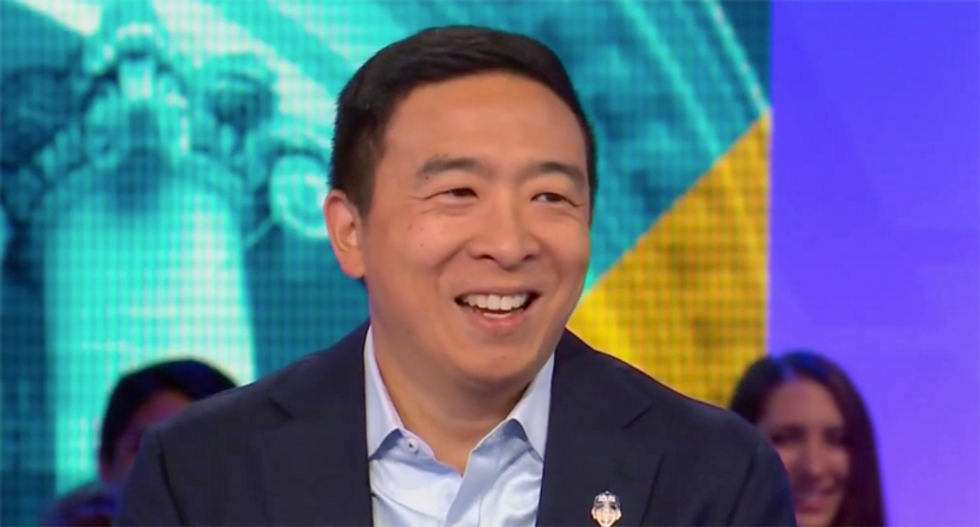 "I hope that the New York Board of Elections takes from this ruling a newfound appreciation of their role in safeguarding our democracy," Andrew Yang said in a statement.

The ruling by Judge Analisa Torres of the U.S. District Court for the Southern District of New York, which came in response to a lawsuit filed by Yang last week, means the New York Democratic presidential primary will take place on June 23 as previously scheduled, barring a successful appeal.

"Many thanks to the grassroots leaders who fought hard to make this happen and a special shout-out to Andrew Yang."

—Nina Turner, Sanders campaign co-chair"The Court concludes that Plaintiffs and Plaintiff-Intervenors have shown a clear and substantial likelihood of success on the merits of their claim that the Democratic Commissioners' April 27 Resolution removing Yang, Sanders, and eight other Democratic presidential candidates from the ballot deprived them of associational rights under the First and Fourteenth Amendments to the Constitution," Torres wrote.

"The removal of presidential contenders from the primary ballot not only deprived those candidates of the chance to garner votes for the Democratic Party's nomination," Torres added, "it deprived Democratic voters of the opportunity to elect delegates who could push their point of view in that forum."

In a statement posted to Twitter Tuesday night, Yang applauded Torres for agreeing that "depriving millions of New Yorkers of the right to vote was wrong."

"I hope that the New York Board of Elections takes from this ruling a newfound appreciation of their role in safeguarding our democracy," Yang said.

"People in every state should have the right to express their preference in the 2020 Democratic primary," said Shakir. "We have confidence that New York can hold elections in June in a safe manner that preserves New Yorkers' right to vote."

@jjz1600 @BernieSanders Many thanks to the grassroots leaders who fought hard to make this happen and a special shout-out to @AndrewYang
— Nina Turner (@Nina Turner) 1588732501.0

Douglas Kellner, co-chair of the New York Board of Elections, said state officials are "reviewing the decision and preparing an appeal."

Torres' ruling came just over a week after Kellner and Board of Elections commissioner Andrew Spano voted to remove Sanders and other candidates from the ballot because they suspended their presidential campaigns, a decision that sparked widespread outrage and accusations of voter suppression.

The Board of Elections was given the authority to remove the candidates and effectively cancel the presidential primary by a budget measure New York Gov. Andrew Cuomo signed into law last month.

While Kellner and Spano said their decision was grounded in concern for public health amid the Covid-19 pandemic, critics argued the justification "makes no sense" because down-ballot contests are still set to take place on the same day as the presidential primary.

After announcing the suspension of his presidential campaign on April 8, Sanders said he planned to stay on the ballot in remaining states to continue accumulating delegates with the goal of influencing the Democratic Party platform.

"This is a big deal," James Zogby, a Sanders supporter, tweeted in response to the judge's ruling late Monday. "This will give Bernie supporters a greater voice in Dem convention matters. It will give Sanders supporters an opportunity to run for DNC delegate. And it will help progressives in down-ballot contests."