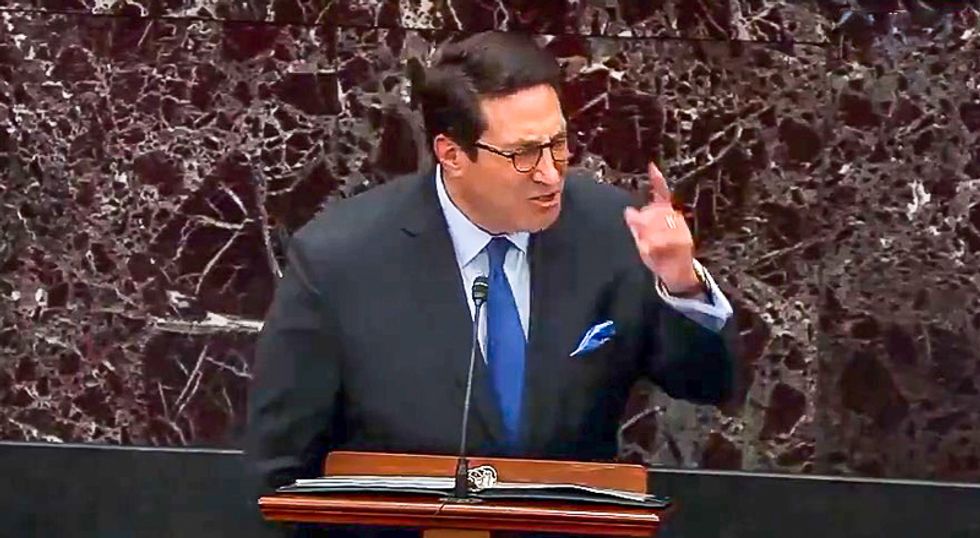 Justice Elena Kagan told Trump attorney Jay Sekulow on Tuesday that presidents are not "above the law."

At a hearing to decide if President Donald Trump's financial records can be subpoenaed by the state of New York, Sekulow argued that the president is "temporarily immune" from all criminal prosecution.

Sekulow also claimed that it is a violation of the U.S. Constitution to pursue a criminal case against the president.

Kagan offered another point of view.

"You have said that a number of times and made the point which we have made that a president can't be treated just like an ordinary citizen," Kagan said. "But it's also true and indeed a fundamental precept of our Constitution order that the president isn't above the law."

The justice reminded Sekulow that the earliest U.S. presidents were threatened with subpoenas.

Sekulow countered with the argument that hiring counsel to fight subpoenas "would raise a serious impact on the president's Article II functions." The attorney called on the court to "categorically" strike down the ability to subpoena the president.