‘Keep your Holocaust jokes to yourself’: GOP lawmaker blasted for comparing safety measure to the Nazis 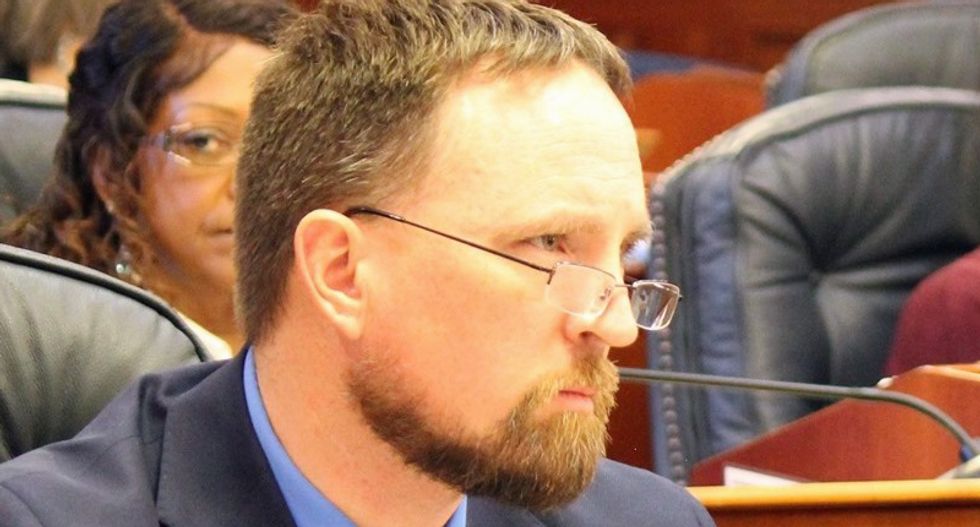 All forty members of the Alaska House of Representatives were told by one GOP lawmaker that coronavirus safety restrictions were like Nazi Germany, according to a new report published in the Anchorage Daily News on Friday.

"A Nikiski Republican lawmaker opposed to pandemic safety measures at the Alaska Capitol compared them to Nazi Germany’s labeling of Jews in an email exchange Friday with fellow members of the Alaska House of Representatives. When lawmakers return to Juneau on Monday, they will be required to undergo a health screening. Those who pass the screening will be asked to wear a sticker," the newspaper reported.

The Anchorage Daily News reported on the content of the email sent by Republican Rep. Ben Carpenter, which was first reported by the Alaska Landmine.

“How about an arm band that won’t fall off like a sticker will?” Carpenter wrote. “If my sticker falls off, do I get a new one or do I get public shaming too? Are the stickers available as a yellow Star of David?”

The email received a "reply-all" response from two Jewish legislators.

“Ben, This is disgusting. Keep your Holocaust jokes to yourself,” wrote Democratic Rep. Grier Hopkins.

“I don’t think a tag that we’re cleared to enter the building is akin to being shipped to a concentration camp," noted Democrat Andy Josephson. "It’s more akin to needing a boarding pass when you get through TSA. This is that.”

An expert on cults told CNN on Tuesday that many Trump supporters have indeed been indoctrinated into a cult -- but he said that there are ways they can eventually be brought back to reality.