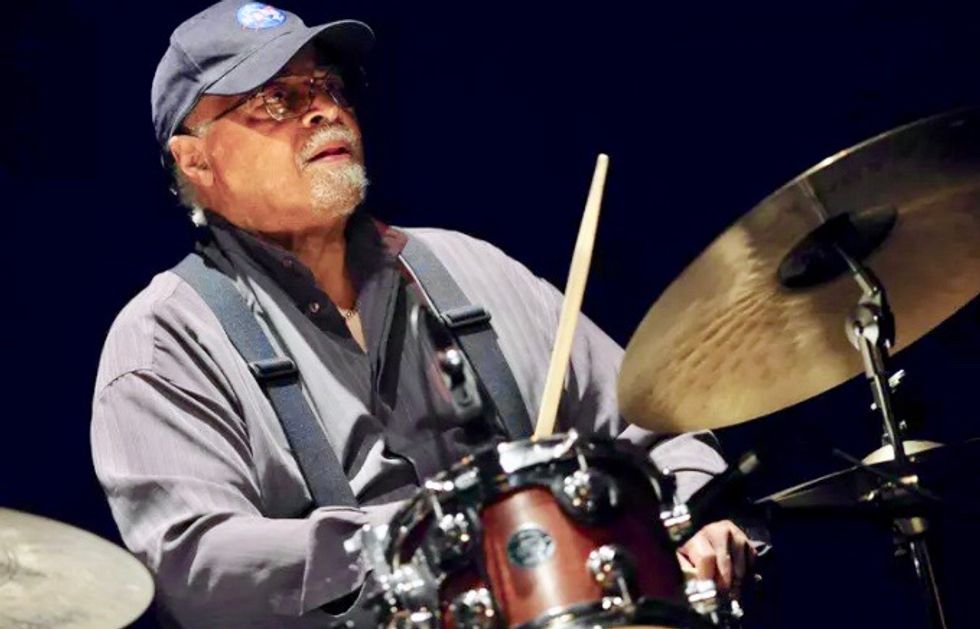 Jimmy Cobb, the drummer on Miles Davis's 1959 jazz classic "Kind of Blue" -- revered by critics as one of the greatest albums of all time -- has died aged 91, US media reported Monday.

His wife Eleana Cobb said the musician died on Sunday of lung cancer at home in Manhattan, according to broadcaster NPR and other outlets.

"He was a very special and unusual person -- a gifted musician with natural talent, like an athlete," she told the New York Daily News.

Cobb had been the last surviving member of the sextet who recorded "Kind of Blue" over two days in a converted church in New York.

Led by Davis at the height of his career on his crisp and soulful trumpet, the group included saxophone legends John Coltrane and Julian "Cannonball" Adderley, pianists Bill Evans and Wynton Kelly, and bassist Paul Chambers.

In a 2009 interview with AFP, Cobb said Davis had only told the group what he wanted after they arrived at the Columbia Records studio.

"It was just something Miles had on a slip of manuscript paper," he said.

Most of it was done in one take, "because that's what Miles liked. If you keep doing it over it gets to be stale a little bit. He figured your first shot is your best shot."

"Kind of Blue" was another venture by Davis into modal jazz -- which emerged in the 1950s and in which improvisations are based on scales, or modes, rather than a sequence of chords, allowing more freedom of melodic expression.

Rolling Stone magazine placed the record at number 12 on its most recent list of the "500 Greatest Albums of All Time".

But none of the group had any notion they were creating jazz history, he said in 2009, when he was still touring the globe playing jazz.

They only began to realize the record was "something special" when it was still selling well one year after its release in August 1959.

"Every solo seems to belong just as it is... 'Kind of Blue' flows with all the melodic warmth and sense of welcoming, wide-open vistas one hears in the most universal sort of song."