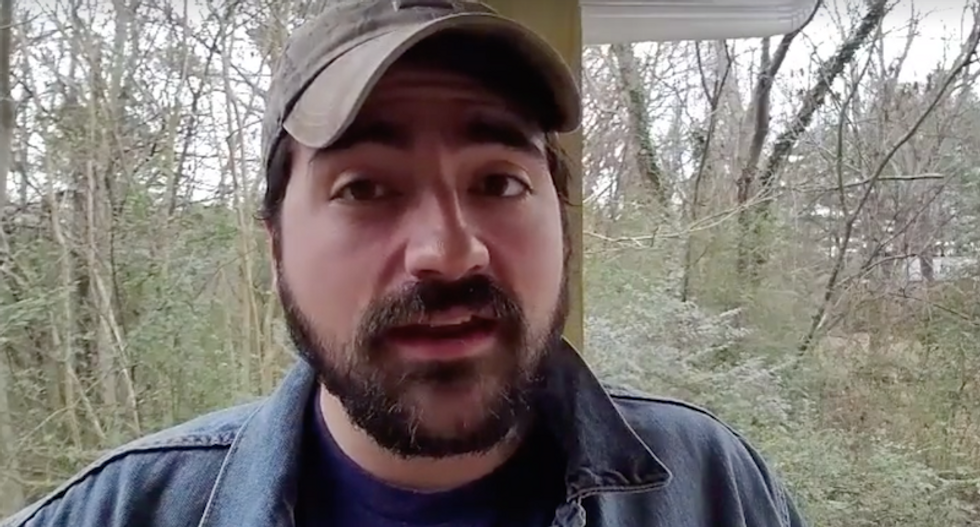 On Saturday, "Liberal Redneck" Trae Crowder posted a lengthy Facebook condemnation of police violence, slamming "out of control" cops and calling for justice.

"I got a question. How come nobody ever talks about how often Black people don't riot?" said Crowder. "I mean, all the sh*t they put up with every day for generations without rioting? Meanwhile, a bunch of white people's hockey team loses, they burn it all to the ground? ... But you can only push people so far, and apparently, they draw the line at wanton public murder at the hands of the law. And I, for one, am not going to criticize that."

"As far as I'm concerned, the blame for what is happening in Minneapolis lies solely with the Minneapolis Police," said Crowder. "To put simply, if you don't want your town ripped apart by riots, then to paraphrase '90s Jim Carrey, stop murdering people, assh*le! Shouldn't be that hard. The rest of us seem to manage."

"I can only think of two kinds of people who would murder someone in broad daylight in a public street: Cartoonish hitmen from gangster movies, and your average everyday American peace officer ... for a cop, it's Tuesday," he continued. "They do it 'cause they know they can. Who's gonna stop 'em? Nobody."