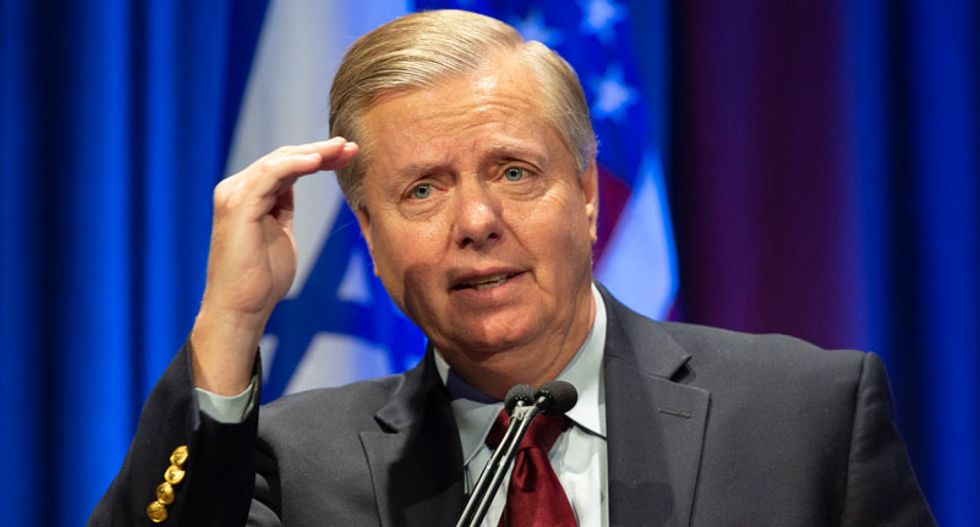 Senate Judiciary Committee Chairman Lindsey Graham, R-S.C., will seek unusually broad powers to subpoena over any individual named in the Department of Justice’s internal review of a secret FBI surveillance warrant over a former staffer of President Donald Trump’s 2016 campaign.

Graham, who said he will call the vote June 4, on Tuesday received the public backing of Senate Majority Leader Mitch McConnell, R-Ky.

“Senate Republicans are taking steps to issue new subpoenas to a wide variety of Obama administration officials . . . The American people deserve answers about how such abuses could happen, and we intend to get those answers,” McConnell said from the Senate floor.

Though committee probes typically home in on only a few subjects, the motion would give Graham sweeping subpoena powers to summon documents and testimony from dozens of current and former officials, fueling an investigation which could easily carry through to Election Day.

Such a prospect would no doubt please Trump, who has repeatedly pressured his Republican allies in Congress to investigate Obama-era officials. The president has increasingly pushed a baseless conspiracy theory against Obama, who he alleges has committed some sort of unspecified crime. However, Trump was unable to explain the alleged crime despite the repeated attempts of at least one friendly Fox host who agreed that Obamagate was a big “scandal.”

Graham could also call Attorney General William Barr, a reputed Trump loyalist whose testimony would likely be aimed to impugn the Obama-era officials.

Trump and his allies have long clamored for Graham to leverage his committee powers to launch a retaliatory probe into the origins of the Russia investigation, which they have labeled not only a “hoax” but a “witch hunt.” And former special counsel Robert Mueller’s final report did not let the president off the hook, identifying at least ten instances of possible obstruction by the president.

Justice Department Inspector General Michael Horowitz’s 20-month probe of the process behind Page’s FISA warrant — a controversial program incepted as a tool in the war on terror and typically shrouded in secrecy — found instances of misconduct and noncompliance among FBI officials and several “apparent errors or inadequately supported facts.”

However, Horowitz also concluded that the FBI was justified in launching the investigation and found no evidence that the agency had spied on the Trump campaign, an accusation which the president levels to this day. Barr quickly took to the president’s defense, criticizing the findings.

More recently, Trump has increased pressure on GOP leadership to open the throttle on an investigation into the Obama administration, a transparent effort to justify his baseless “Obamagate” accusations.

“Mitch, I love you, but this is 100% true. Time is running out. Get tough and move quickly, or it will be too late. The Dems are vicious, but got caught. They MUST pay a big price for what they have done to our Country. Don’t let them get away with this!” Trump tweeted over the weekend.

Beyond the Page warrant, the subpoenas would also apply to events related to the January 2017 FBI interview of Trump’s first national security adviser Mike Flynn, a former Trump campaign advisor and registered foreign agent for Turkey who twice pleaded guilty in a federal court to lying to the FBI about his contacts with former Russian Ambassador Sergei Kislyak.

Flynn later accused the FBI of “egregious misconduct,” and this month Attorney General William Barr asked a federal judge to dismiss the criminal case against him.

“I don’t think that’s even possible,” Graham warned. “Be careful what you wish for.”